How Science Explains the Secret of Attraction

Would you like to know what's one of the most attractive traits for other people according to the latest scientific studies? Read ahead and find out more in the following article. 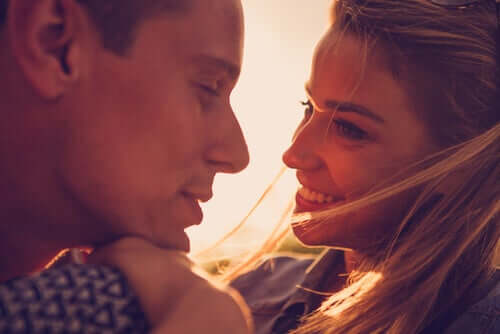 So, what is the secret of attraction? People have debated for centuries about what characteristics make a person attractive. Attraction varies depending on the context, cultural values, and lifestyle. That is, to a large extent, according to the cultural identity of each person.

Although there are some things in common (the so-called “objective beauty”, personality, type of humor), in the end, each person has specific tastes.

It’s true that physical features do play a role in attraction. However, studies have shown they’re not the only factors that determine how attractive someone seems. Read on and find out what one of the latest studies says about it.

The true secret of attraction lies in the brain

Researchers from the University of Lübeck (Germany) recently conducted a study that was published in the journal PNAS. This study found that the more capable we are of deciphering others’ emotions, the more attractive we are to others.

The group of researchers reached this conclusion after analyzing the changes that occur in neural mechanisms when one person feels that they understand the emotions of the other person.

By analyzing the neuronal mechanisms that are stimulated by attraction, researchers determined that a person’s ability to “read” others’ emotions played a big role in attraction.

Silke Anders, professor of social and affective neuroscience at the University of Lübeck and author of the study said:

“Being able to understand the intentions and emotions of another person is essential for successful social interaction.

For mutual success, people need to understand and continually analyze their partners’ intentions and emotions. Additionally, they need to anticipate others’ behavior and adapt their own accordingly.”

To reach this conclusion, the experiment examined 90 people. Then, these participants watched videos of women expressing either fear or sadness.

After watching the videos, participants had to make an assessment of what emotions the women were feeling. Additionally, they had to report how sure they were about their guesses. While the individuals were performing the requested activity, researchers analyzed their brain activity to measure how attracted they were feeling.

This is because it activates the brain’s reward center, causing pleasurable sensations.

Neural activity and its relationship with attraction

What’s truly interesting about these findings is the role that both the sender and receiver play. The ability to understand others and identify exactly what they’re feeling depends on the level of neuron activity that occurs with attraction.

When a person shows facial expressions of fear or sadness, the observer correctly processes it in their brain. As a result, this triggers the reward system, increasing their attraction towards the emoter.

In prior studies, researchers found that people who lacked the ability to “read” the emotions of others had different neural circuitry. These people also tend to encounter difficulties with communication and attraction.

For this reason, some scientists suggest that a lack of communication doesn’t necessarily imply a lack of interest. Simply, their neuronal circuitry isn’t sufficient to fully understand.

A new way of studying emotions

Due to these discoveries, Dr. Anders assured that although communication doesn’t work well in some cases, it doesn’t mean people aren’t interested, just that their neural vocabulary isn’t large enough to understand.

However, he affirms his desire to further analyze how the ability to read emotions changes as we age and if it’s possible to increase that ability with practice.

It would also be interesting to discover if the ability to read others arises from qualities we’re born with or if there are other factors involved making it possible.

In any case, these conclusions offer a new explanation for the secret of attraction and why some people feel more than others. Don’t forget, therefore, the most important thing: if you are true to yourself and your own emotions and aren’t afraid to show yourself to others, the more attractive you’ll be to others.

How to Attract a Man without Going After Him
Although it may seem contradictory, to attract a man and grab his interest, it's important for you to seem independent. Read more here! Read more »
Link copied!
Interesting Articles
Did you know?
New Year's Traditions Around the World