What Is the HER2 Receptor?

In 25% of breast cancer cases, the gene that encodes the HER2 receptor proteins doesn't work properly and makes many copies of itself. 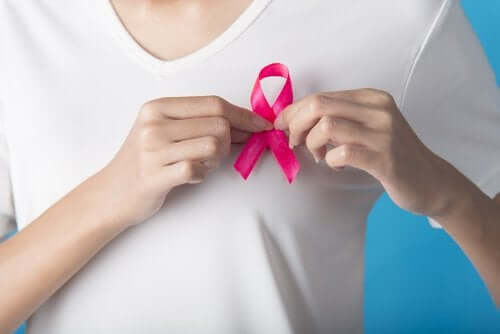 HER2, or human epidermal growth factor receptor 2, is a gene that can influence the development of breast cancer. When a patient gets a pathology report, it should include information on the status of the HER2 receptor, as this information tells us whether the gene influences the formation of the cancer or not.

Genes contain the formulas for the various proteins that a cell needs to stay healthy and function normally. Some genes, and the proteins they produce, can influence the behavior of breast cancer.

In this way, cancer cells in a tissue sample are analyzed by biopsy or other techniques to see which genes are normal and which are altered. Proteins produced by the cells can also be analyzed.

Breast cancer is a type of cancer that forms in breast cells. It can develop in both men and women. However, males account for only 1% of diagnosed cases of breast cancer.

For example, 1 in 8 women suffer from breast cancer in Spain, making this cancer the highest incidence in women in the country. It represents 25 % of all cancer cases. The incidence has increased after the introduction of mammography in early diagnosis programs and continues to rise due to the aging of the population.

This cancer develops from the uncontrolled growth of cells in the breast. The tumor can appear in different structures of this organ, for example in the ducts. When proliferation occurs, certain proteins and molecules are more numerous, such as HER2 or the proliferation marker Ki67.

In addition, there are certain risk factors that considerably increase the probability of suffering from this disease. Among them, we can mention

But in 25% of these cancer cases, the gene that encodes the proteins of the HER2 receptor doesn’t work properly and makes many copies of itself. This phenomenon is known as amplification of the HER2 gene.

This way, all the extra copies of this gene send information so that more HER2 receptors are synthesized, thus overexpressing themselves. As a result, breast cells grow and divide uncontrollably, causing cancer.

You may be interested in: Characteristics and Causes of Breast Lumps

Depending on whether or not doctors can cure it by amplifying this gene, specialists classify breast cancer as:

In general, HER2-positive cancers have a poor prognosis because they tend to grow faster and are more likely to spread and re-form. However, new advances in research have allowed the development of new anti-HER2 drugs that have provided great results. An example of these drugs is trastuzumab.

Also read: What Are the Side Effects of Cancer Treatments?

Determination of the HER2 receptor in patients with breast cancer

Nowadays, there are four clinical trials that allow researchers to analyze the presence of this receptor: