What is Schistosomiasis and How Is it Contracted?

Schistosomiasis is a parasitic disease that's very common throughout the world. It's often found in tropical geographical areas, with few resources and poor access to clean drinking water. Here are some facts about the disease. 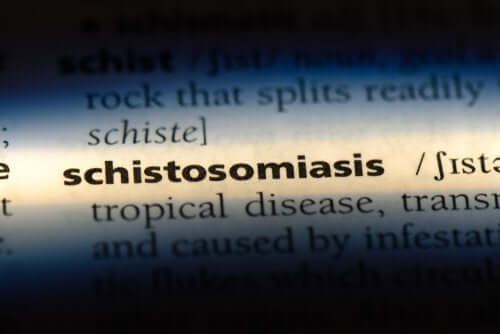 Schistosomiasis is a parasitic disease caused by the Schistosoma parasite. This condition is also known as bilharziasis. According to biological classification, the parasite in question is a trematode, a kind of worm.

Global data on the distribution of the disease is striking. Schistosomiasis occurs mainly in Africa, Brazil, and Asia. However, seventy-eight countries have confirmed the transmission of this disease within their national territory. Two hundred million people are thought to be infected and another eight hundred million are at risk of contracting this infection.

The last relatively reliable study calculating the number of deaths generated by this disease was conducted in the year 2000. At that time, the World Health Organization estimated that there were around two hundred thousand deaths annually due to this disease. This figure has most likely decreased due to the greater use of antiparasitic medication.

The parasite in question is the only one in its biological family capable of penetrating the skin. That is the advantage it has when it comes to infecting people. As schistosomiasis is a parasitic disease, it requires hosts. The species that host these “lovely guests” are the human being and the freshwater snail.

Within the contagion cycle, the freshwater snail functions as an intermediary host. Within this small animal, the Schistosoma completes part of its growth cycle and then swims to and stays inside the human.

If we had to summarize the life cycle, the following stages would describe it pretty well:

The symptoms of schistosomiasis

The first sign of schistosomiasis is the wound that appears at the site where Schistosoma entered, as it is a parasitic disease. In this area, a rash and discoloration will usually appear on the skin. The rash may appear up to a week after the parasite entered the body, in some cases.

The following condition is known as Katayama Syndrome. It is the result of the human body’s reaction to the eggs of adult parasites that have reproduced within the human being.

The following symptoms may appear:

From here, the infection can become chronic, turning into persistent versions of parasitosis. The most common chronic versions of the disease are:

Once a medical professional has diagnosed this particular parasitic disease, the drug of choice for schistosomiasis is an antiparasitic medication. A microscopic examination of the stool or urine will lead to a positive diagnosis.

By using a microscope, you can easily detect Schistosoma eggs, which have a characteristic shape. However, in some cases, the eggs are not visible until at least two months after the parasite has entered the host.

The antiparasitic praziquantel is typically the drug of choice, and various scientific studies support its effectiveness. Additionally, the World Health Organization distributes it for free.

Alternative treatments have been proposed, such as ivermectin. However, so far no trials have shown that this drug is more effective.

This type of parasitic infection often comes from exposure to bodies of fresh water or drinking contaminated water.

Also, this is especially true when people have stayed in the water swimming or doing other activities for more than thirty minutes. Therefore, it’s important to keep this in mind and take proper preventive measures.

In areas where the disease is endemic, such as Africa or parts of Brazil, samples should be taken in bodies of water where people swim, bathe, fish or do laundry. Furthermore, it’s also important to control and frequently check freshwater that is used for watering crops.