What is Primary Ovarian Insufficiency (POI)?

Primary Ovarian Insufficiency affects a woman's possibility of having children, although this does not occur in all cases. A woman suffering from this condition needs to lead a healthy life, but she also requires extra support. Keep reading to learn more. 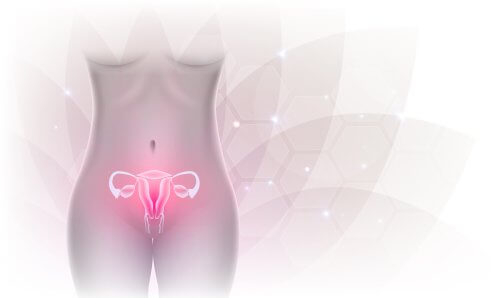 Sometimes, the ovaries stop working normally before age 40. This anomaly is a type of early menopause, also known as Primary Ovarian Insufficiency (POI), or premature ovarian failure. In the most extreme cases, this problem can even begin in adolescence or young adulthood. Here’s everything you need to know about early menopause

Normally, women start to become less fertile around the age of 40. At that age, the first signs of menopause may appear, including irregular periods, hot flashes and similar symptoms. What isn’t normal is when all of that begins happening before the age of 40.

Sometimes, Primary Ovarian Insufficiency is confused with premature menopause. However, they’re not the same. In women with early menopause, the woman’s menstrual periods stop before the age of 40 and there is no longer any chance of her becoming pregnant.

In contrast, in women with Primary Ovarian Insufficiency, menstrual periods don’t disappear altogether. Periods may occur occasionally and, therefore, there is a possibility that the woman will become pregnant, even with her condition. Science still can’t explain the exact reasons why this occurs, in most cases.

All About Primary Ovarian Insufficiency

It is estimated that in 90% of cases, it’s impossible to determine the exact causes of POI. Medical professionals know that this condition is related to problems in the follicles, which are small sacs located inside the ovaries. Inside the ovaries is where eggs originate and develop.

Sometimes, the follicles stop functioning completely before the age of 40 and in other cases, they function improperly. This gives rise to Primary Ovarian Insufficiency. Only in some cases is this problem related to one of the following causes:

It’s also known that women can be predisposed to Primary Ovarian Insufficiency due to the following factors:

The symptoms of Primary Ovarian Insufficiency are similar to those of menopause. They include the following:

In some cases, this condition can lead to other complications such as infertility, osteoporosis, heart disease, depression or anxiety. In the most extreme cases, dementia can occur. To make the diagnosis, your doctor will interview you and then perform a pelvic examination.

In general, treatment for Primary Ovarian Insufficiency focuses on correcting the effects of estrogen deficiency. Therefore, it is common for the central measure to be estrogen therapy. Normally, to the administration of estrogen, progesterone is added, to protect the uterus.

With this treatment, bleeding may occur again. However, it’s not possible to recover the ovarian function. In young women, the results are usually very positive. However, in older women, there is evidence that it can give rise to cardiovascular problems. A doctor will assess the pros and cons of this type of treatment for each individual.

Also, another common treatment is to prescribe calcium and vitamin D supplements, mainly to prevent osteoporosis. With this condition, one of the biggest difficulties for women is facing early infertility. Depending on the case, in vitro fertilization may be an option for women who are suffering from POI.

A woman with this condition needs support and understanding. Having a partner to count on can be very important for emotional stability. Likewise, psychological therapy can help patients deal with this diagnosis and its consequences.

Tips to Transition into the Changes of Menopause
Menopause is a natural part of every woman's life. If you are unfamiliar with the changes of menopause, then you should read this article. Read more »
Link copied!
Interesting Articles
Illnesses
Excessive Appetite: What Are Its Causes?