Description and Characteristics of Ketamine

Ketamine is a relaxing substance used primarily as a sedative or anesthetic for animals. It can also cause hallucinogenic effects. 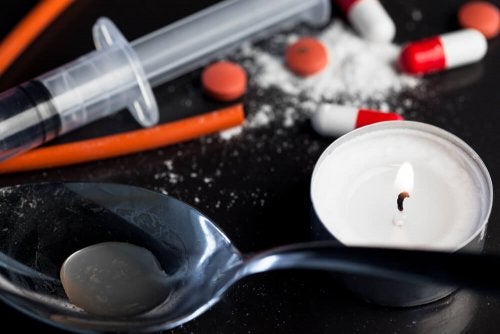 Ketamine is a drug with anesthetic and hallucinogenic properties. Its use in medicine is very limited, and it’s mainly used as a fast-acting anesthetic.

It is also widely used in veterinary medicine to sedate large animals, especially horses. It was originally synthesized and put into use at the end of the 20th century for this specific purpose. Due to misuse, Ketamine has gained a reputation for being a powerful hallucinogenic drug and for being commonly used for the purpose of rape due to its sedation properties.

Ketamine is a derivative of phencyclidine. Both are part of the family of NMDA receptor antagonists. NMDA is an abbreviation for N-Methyl-D-Aspartate, which is a glutamate agonist.

An agonist is a substance that strengthens the effect of another substance. On the contrary, an antagonist is one that blocks the action of another.

Glutamate is a neurotransmitter that accounts for most of the synapse connections in various regions of the nervous system and the brain. For example, the cerebral cortex has many glutamate receptors since it is the area where learning and memory are located.

Since Ketamine blocks glutamate, the synapses do not transmit the excitatory information, and the nervous system enters a state of relaxation. Depending on the dose, the drug acts more like a sedative or a tranquilizer.

The purpose of ketamine

As mentioned above, Ketamine is mainly used as a sedative and anesthetic in veterinary medicine. However, doctors rarely use Ketamine because of its numerous and dangerous side effects. In addition, they also avoid it in the medical field because it is a psychotropic substance. This means that it’s a substance that can alter a person’s mental state. However, in less-developed countries, they may use Ketamine as an anesthetic because it’s cheaper than many alternatives.

Ketamine is a psychotropic substance

Ketamine is a powerful hallucinogenic that has a dissociative nature. That means that it alters the patient’s sense of their body in space. Commonly, people describe feeling sensations of lightness, floating, leaving their body, etc.

When they first used it in low doses on children and the elderly, many patients commented on what they felt under the influence of Ketamine. Since there were so many odd cases, doctors conducted numerous studies until they eventually found that even at very low doses, Ketamine has powerful hallucinogenic properties.

It’s precisely this property that makes the drug so dangerous.

Furthermore, it’s difficult to measure the correct dosage, since the side effects are immediate. For instance, at minimal doses, it produces a relaxation effect. However, even a slight increase in the dosage can result in near-death-like experiences.

Read about Antidepressants and their Contradictions

Other side effects of ketamine

Aside from hallucinations, Ketamine can alter a person’s memory and cause difficulty concentrating. At higher doses, a person may suffer from arrhythmias or a problem with the rate or rhythm of the heartbeat. Other cardiovascular complications include hypertension, bradycardia, cardiovascular failure, and increased pressure inside the skull.

There is also a risk of death in children because the drug may cause spasms of the larynx that block the airway. In addition, children can also suffer from seizures or dystonia.

Dystonia is a medical term that describes involuntary contractions of the muscles. Ketamine-related ones are usually painful and are a reflection of the improper functioning of the nervous system.

For all of the above reasons, doctors hardly ever use Ketamine. Since the complications are so numerous, frequent, and dangerous, the disadvantages outweigh the advantages. Moreover, ketamine is more harmful if mixed with other substances, like alcohol.

Call emergency services immediately if you suspect someone you know has Ketamine poisoning. Then, take the person to a quiet room, dim the lights, and make it as silent as possible in order to reduce all stimulants.

6 Signs of Alcohol Addiction You Shouldn’t Ignore
If alcohol is no longer a complement to our social gatherings and instead the reason for them, this is one of the earliest signs of alcohol addiction. Read more »
Link copied!
Interesting Articles
Medication
Progestin-only Birth Control: Benefits and Side Effects