What is Herd Immunity?

Herd immunity - and one obtained by a vaccine in particular - may be the key to wiping out the current pandemic. Here's what this term means.

The term “herd immunity” is relatively unknown to most people. However, recently, due to certain statements in the political arena, it has become quite fashionable and is at the center of many debates concerning the coronavirus.

But what is herd immunity, and how does it work at an individual and collective level?

Let’s look at it in detail.

A vision on an individual scale

First of all, before we get down to brass tacks, it’s worth clarifying what individual immunity is:

A person can become resistant to a disease once they’ve overcome it. The immune system can remember certain elements of the threat. It then recognizes it more quickly in reinfections and sends antibodies to destroy it before it reproduces.

This can happen with or without symptoms, depending on the disease. In the case of COVID-19, there are many asymptomatic cases where people have developed immunity by going through the disease without even realizing they’ve had it.

Now that we’ve briefly defined the term, let’s delve into the world of herd immunity.

Herd immunity is a term that refers to an indirect method of individual protection. It occurs when a large percentage of the population is immune to disease and, therefore, those who haven’t had it are even less likely to get it.

To understand it better, we need to view the spread of a pathogen as a network:

The basic principle of herd immunity is to cut off this widespread dynamic. When the virus reaches an immune person, then it cuts the spread, as it can’t be transmitted any further. This can directly stop or slow the spread of disease. The more people who are immune, the more dead ends the virus will find when it tries to spread.

Vaccines base their existence on this mechanism, as they provide individual protection from disease to healthy people. So, those with a weakened immune system, who can’t be vaccinated, will have some degree of protection as they will be surrounded by people who are.

You may also be interested in: The Coronavirus Pandemic: Understanding the Terminology

Herd immunity, like all epidemiological terms, follows mathematical models. When a critical proportion of the population has become immune to a disease – either through infection or vaccination – then you reach the limit of herd immunity.

When this point has been reached, the virus is bound to disappear over time. This occurs when the disease shows a continuous endemic state, in which the number of infected doesn’t increase or decrease exponentially.

In the calculation of this parameter, the value R0, which we mentioned earlier, comes into play. Its formula is as follows, where S is the proportion of the population susceptible to contract the disease:

Without going too deeply into complicated mathematics, we’ll simply say that the lower the S value (susceptible population), the lower the R0 value. So, the more immune a population is, the less the disease will spread.

Find out more: Patient One: Investigation During the Pandemic

Herd immunity and the coronavirus

It may seem tempting, then, to let a high percentage of the population become infected, as this would logically end up curbing the disease according to the theory we have put forward. This could be feasible if it were a harmless virus.

When there’s even a minimal possibility that the virus can severely affect certain at-risk groups, then we should automatically dismiss this strategy. Numerically speaking it could be feasible, but the lives at stake are an ethical and moral issue rather than a utilitarian one.

This is why scientists are desperately looking for a vaccine. The existence of this type of immunization will greatly decrease the proportion of healthy susceptible people, thus slowing the spread of the disease and, ultimately, ending the pandemic. 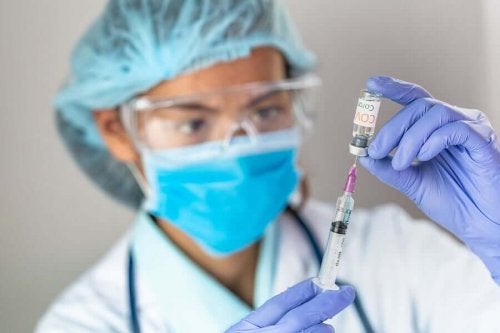 How Long Will a Coronavirus Vaccine Take?
Developing a coronavirus vaccine is the priority for laboratories around the world. But do you really know what a vaccine is? Read more »
Interesting Articles

Illnesses
Giant Uterine Myomatosis: What Is It and How Is It Treated?

Many women are diagnosed with uterine myomas. These are benign neoplasms in the uterus that don’t normally cause bigger problems. However,…

Illnesses
Is Fibromyalgia Related to Your Intestinal Flora?

Your intestinal flora is absolutely fascinating and has been part of the most interesting research in the last few years.…

The aortic valve usually has three leaflets (flaps). However, some people are born with a bicuspid aortic valve. This causes certain… 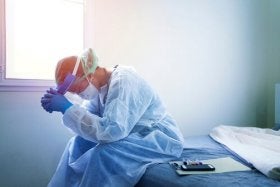 Illnesses
What Are the Main After-Effects of Coronavirus?

The COVID-19 pandemic continues. However, thankfully some countries are lifting restrictions because they have begun to see their infection curve… 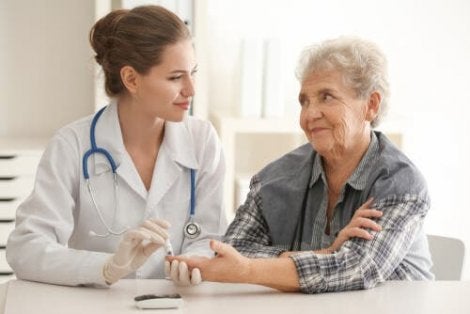 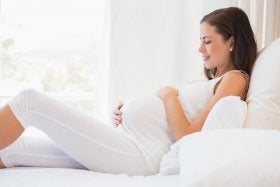