What Is Fanconi Anemia?

The severity and symptoms of Fanconi anemia can vary greatly. This disorder is passed from parents to children. So, what is Fanconi anemia? 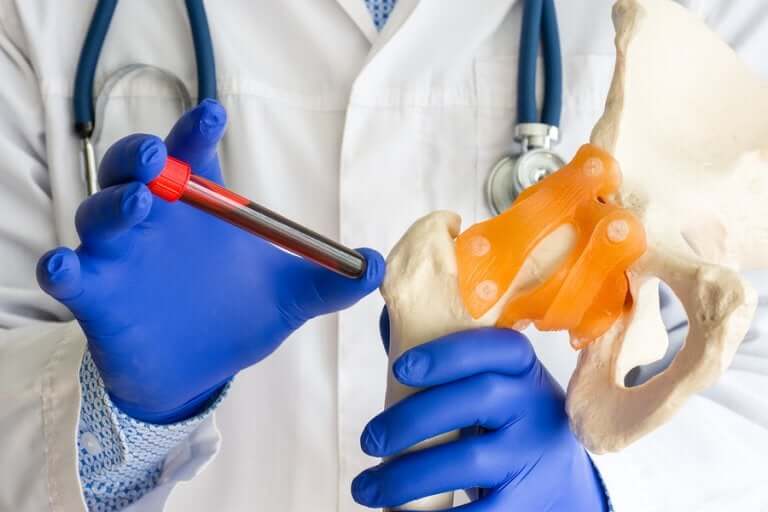 Fanconi anemia is a hereditary disease, meaning it’s transmitted from parents to children. It mainly affects bone marrow and results in a noticeable decrease in all types of blood cells. It’s sometimes confused with Fanconi syndrome, but they’re not the same.

Fanconi anemia mainly affects children. In 80% of cases, this condition is discovered between 4 and 14 years old, and at an average of 7 years old. However, it has been diagnosed in people between 0 and 35 years old.

On average, between one and five children, for every million births, have Fanconi anemia. In addition, one in every 300 people is a carrier of this disease. There are also some populations who it’s more likely to affect. So far, about 2,000 cases of this disease have been described in medical literature.

What is Fanconi anemia?

Fanconi anemia is a rare and serious inherited disorder that causes the bone marrow to fail. Because of this disease, the marrow can’t produce enough new blood cells for the body to function properly.

This disorder affects the marrow’s ability to make all three types of blood cells: red blood cells, white blood cells, and platelets. The first carry oxygen, the second fight infection, and the third contribute to the blood coagulation process.

In some cases, Fanconi anemia also produces abnormal blood cells, leading to the development of serious diseases like leukemia. Although this disease is a hematological disorder, meaning it’s associated with blood, it can also affect different organs and systems.

Children who are born with this condition are at increased risk of developing various types of cancer, as well as other serious health conditions.

Read more: Iron-Deficiency Anemia Diet: The Foods to Include

Causes and types of Fanconi anemia

This disorder is caused by the mutation of some genes that work with DNA repair and genomic stability. To inherit this disease, both parents have to be carriers of the abnormal gene.

So far, we know of 13 genes that have mutations that cause Fanconi anemia. These are also related to 8 proteins that are dependent on those genes. As a result, there are different subtypes of this disorder, and each has its own different characteristics and courses.

For example, in the FANC C subtype, the symptoms appear earlier and the survival rate is lower. In the FANC G subtype, there’s a greater probability of developing leukemia or solid tumors. With the FANC D1, FANC J and FANC N subtypes, the person is more likely to develop breast cancer.

The main symptom of this type of anemia is bone marrow failure. There’s a deficit of red and white blood cells, as well as platelets. However, in up to 40% of patients, there’s only a platelet deficiency. This is known as thrombocytopenia.

75% of those who suffer from this disease have some type of bodily abnormality from the time of birth. Sometimes, they have facial abnormalities, skin defects, hand defects, or very small hands. The abnormalities can also appear in the internal organs, such as in the heart or kidneys.

Experts estimate that up to 30% of people with this type of anemia also develop cancer. Also, solid tumors appear in 28% of people. Doctors diagnose this disease based on the patient’s symptoms and by using clinical tests such as:

Keep reading: Anemia and Iron Deficiency: Are They the Same?

The most common treatment for Fanconi anemia is a red blood cell and platelet transfusion. This is especially necessary when the patient’s symptoms are severe. Also, it’s common for the doctor to prescribe androgenic derivatives. These will help with the anemia without the need for transfusions. However, they can also cause significant side effects.

People who have mild or moderate symptoms should just go to the doctor for a regular check-up. In addition, men with this type of anemia often have fertility problems. Survival rates vary greatly.

Pharmaceutical Treatments of Anemia
Pharmaceutical treatments of anemia depends on what caused the condition. It's important to get a correct diagnostic to choose the correct treatment option. Read more »
Link copied!
Interesting Articles
Illnesses
Cancer During Pregnancy: What You Need to Know

Interesting Articles
Body care
When Should You See a Podiatrist?