Candidiasis: What Is It?

Candida fungus infections are opportunistic. In other words, there need to be alterations in the body's defenses for them to occur. 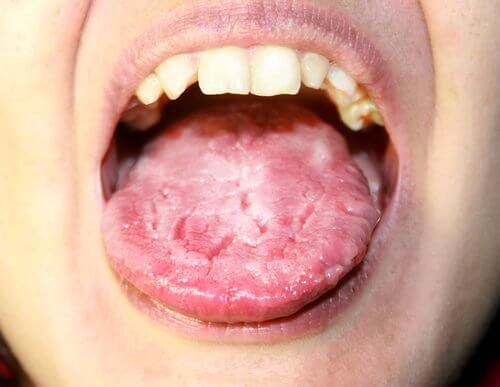 Many women can develop vaginal yeast infections at some point in their life. Candida albicans is a common type of fungus that’s often found in small amounts in the vagina, mouth, digestive tract, and on the skin. Most of the time, it doesn’t cause infection or symptoms.

Candida, and many other microorganisms that normally live in the vagina, keep each other in balance. However, sometimes, candida increases, leading to a yeast infection.

Candidiasis are mycoses or infections caused by fungi that belong to the Candida species. They usually have the following characteristics:

This is a type formed by yeast-like fungus. Within this type three kinds we’re interested in here are:

* The spp* is used to refer to all species that are part of the kind.

What are opportunistic pathogens?

Opportunistic pathogens are those that don’t infect a healthy person in normal conditions. Your immune system must be altered in some way for it to spread in an unhealthy way.

The Candida type, just like most fungus and some bacteria, belongs to this group of pathogens. In fact, it’s part of the normal flora of the skin and mucous membranes of a large percentage of people.

How does candidiasis develop?

This disease forms when there is damage in your natural barriers. With this, we mean your skin or other membranes that protect you from the outside world. Because of this, people with catheters or on dialysis, as well as drug users can be more at risk.

If the fungus passes into the bloodstream, it can affect almost any organ. It appears in severely immunosuppressed patients (poorly controlled HIV and terminal stage of leukemia).

Damage in the skin or membranes keeps them from fulfilling their role as a barrier, allowing the growth of fungus. So that’s how syringes, piercings, etc., can make a person more at risk of getting this infection.

You should also read: Remedies for Oral Candidiasis: Natural Alternatives

Due to alterations in bacterial flora

Taking broad-spectrum antibiotics can often hurt the healthy bacteria in your body.

This is true because they “attack” both the good and the bad bacteria, leaving you with fewer defenses against fungi. When this barrier disappears, there’s the possibility of suffering a fungal infection. For example, it’s relatively common to find cases of vaginal candidiasis in young women after taking antibiotics.

Whether it’s from an illness, like in patients with HIV, or from medication, like in transplant patients taking anti-rejection medication.

This type is characterized by the appearance of white particles covering the tongue and mouth area. When removed, you uncover a reddened, worn-down surface. They can be very painful. This can make swallowing and breathing hard.

They most often appear in people with HIV (up to 90% of cases), being one of the first signs of this disease. However, although most of the cases happen in HIV cases, it has become less and less common over the years.

It also affects people with cancer due to their weakened immune system, and newborns because they’re still developing.

Vaginitis and vulvovaginitis due to Candida

This kind is also relatively common. Clinically characterized by:

Don’t miss: How to Cure Vaginal Candidiasis with Natural Remedies

This type is less common than vaginitis. It tends to appear along with diabetes, in uncircumcised individuals or those with a history of candidiasis in a sexual partner.

Red, raw-looking lesions and superficial pustules appear on the glans and foreskin. What’s more, they’re usually painful. They may come along with a burning sensation that gets worse during urination.

This kind generally forms in skin folds and areas where you tend to wear tight clothing. In both cases, your body creates a warm, moist environment.

This environment creates a red rash with bad itching. It normally happens under the breasts, on one’s bosom, in the genital area, as well as other areas. In addition, sometimes it infects skin follicles and looks like pimples.

A rare genetic disease from a mutation in the AIRE gene. The illness starts in one’s childhood with repeated episodes of candidiasis on the nails and mouth with no apparent cause.

Commonly found in people with weak immune systems. It’s very common in people with HIV or lymphoma. Also, it might happen to people who take corticoids as medicine for other conditions. It’s symptoms include:

Here, the fungus moves to the bloodstream, being able to affect any organ of the body. This also appears in patients with very severely suppressed immune systems. For instance, people with severe HIV or leukemia might be more prone to it.

It is a very serious symptom, most of the time with a poor prognosis.

The diagnosis comes from obtaining and analyzing cultures. A doctor obtains it with a swab of the affected area and then gets it cultured. After that, the doctor can look at it under a microscope and see which virus, infection, or fungus is spreading.

Can candidiasis be prevented?

Good personal hygiene is important. After showering, you should then dry the folds of your skin well. Also,  you should take proper care of the genital region. For pregnant women, it’s also a good idea to include bioactive yogurt into the diet to maintain proper vaginal acidity.

Treatment depends on the type of fungus. Thus, the doctor should be in charge of the diagnosis.

Vaginal Infections: The Types and Causes
In this article, we explore the many different causes and types of vaginal infections, how to prevent them, identify them, and how to treat them. Read more »
Link copied!
Interesting Articles
Illnesses
What is Venous Thromboembolic Disease?