What Is a Cochlear Implant? What You Should Know

A cochlear implant is a device that is used to help people who have hearing difficulties. In this article, we'll tell you what you need to know about this tiny device. 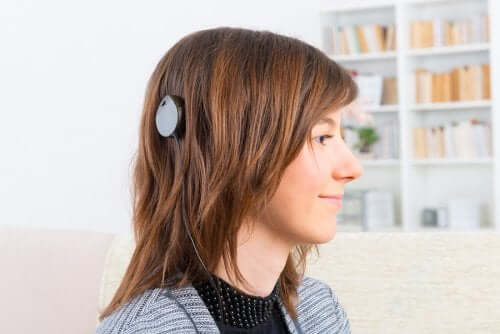 Did you know that a cochlear implant is a transducer? This means it transforms acoustic signals into electrical impulses. These impulses stimulate the cochlear nerve (the nerve for hearing). Some people who have serious hearing problems have benefited from an implant.

This device is relatively new to the world. Since the 50s, when the first basic devices were invented, they had some success in helping people who had hearing loss. Technological progress has allowed for further improvement since those early days until now.

We just want to clear up one thing first. A cochlear implant isn’t the same thing as a hearing aid. An implant is inserted into the body during surgery. A hearing aid, on the other hand, is always worn solely outside the body. Hearing aids also work differently to cochlear implants.

Now, can cochlear implants improve a person’s quality of life? People who start to use one generally start to benefit very soon afterwards. Of course, the final result is variable, since it depends on diverse factors. Some people require years of rehabilitation therapy and practice to be able to get the most benefit out of their device.

The good news is that once a patient receives a cochlear implant, it won’t restrict the patient’s daily life. They’ll be able to go about the majority of their activities as they normally would.

The parts of a cochlear implant

As with all devices, a cochlear implant has different parts. In this case they’re classified as internal and external parts, depending on their final location: located inside or outside the body.

The external parts are:

The internal parts are:

The cochlear implant has internal and external parts that are linked by a cable and a magnet.

When the microphone captures external sounds, it sends them to the processor. They’re sorted out to separate sounds that make up speech from those that don’t. The processor then digitizes the sounds that remain.

Digital sound has characteristics that are different from the sounds that a person with normal hearing will hear. Those who use a cochlear implant say that it’s something of a metallic sound. This can make it difficult to distinguish between different tones of voice at the beginning.

The digital sounds pass from the external part of the cochlear implant to the internal part by means of a linking system. Once the sounds arrive to the receptor, it transforms the digital information into electric signals. This stimulates the inner ear by means of the electrodes.

Did you know: What Does Ringing in the Ears Mean?

A cochlear implant may be beneficial for people with severe hearing loss.

Who can receive a cochlear implant?

People in the following categories may benefit from a cochlear implant:

Someone who is in one of the above categories will need to see an ear, nose and throat (ENT) specialist for an evaluation. The ENT specialist will most likely order a series of hearing tests, scans and MRIs of the brain and ear.

Some other factors to consider

Apart from the medical side of things, there are other factors that you need to consider for the cochlear implant to be a success. These conditions aren’t just of a physical nature, but also a psychological one.

You may also like: Discover How Noise Affects Mood

It’s fundamental that the person with hearing loss is motivated and is conscious of what it means to have a cochlear implant. There’s a learning and adapting process that will need to follow surgery, which can be difficult and which will require a consistent commitment. Also, the sounds that the implant will generate aren’t what you would imagine with normal hearing.

For young children who receive an implant, participation in training and therapy programs is almost obligatory. They need to go through this training to be able to interpret the sounds they ‘hear’ with their device.

Adults on the other hand who are considering an implant should get a psychological evaluation from a professional to determine if they would benefit from the complete process.

Protect Your Hearing: When Was Your Last Checkup?
Getting hearing checkups is key to enjoying a good quality of life. Your ears are very important, so protect your hearing through regular check-ups! Read more »
Link copied!
Interesting Articles
Treatments
What is a Bone Densitometry?