What Epilepsy Is and How to Live with It

Epilepsy is a pathology that requires knowledge in multiple areas. In this article, we'll tell you what epilepsy is, as well as some keys every epileptic patient should know to improve their quality of life. 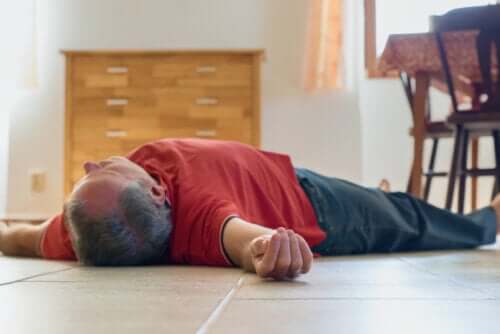 Epilepsy is a central nervous system (neurological) disorder in which brain activity becomes abnormal, causing seizures or periods of unusual behavior, sensations, and sometimes loss of awareness, as the Mayo Clinic indicates.

According to the World Health Organization (WHO), around 50 million people worldwide have epilepsy, making it one of the most common neurological diseases around the world. Unfortunately, 70% of them don’t get the treatment they need because they can’t afford it.

Although living with epilepsy may seem like a real challenge, the truth is that prescription drugs tend to work very well in most cases. If you want to know more about what epilepsy is and the daily habits a person who suffers from this condition should follow, keep reading.

Lifestyle habits a person with epilepsy should adopt

As the Centers for Disease Control and Prevention (CDC) indicates, epilepsy isn’t the end of the road or the end of individual well-being. Drugs work in two out of every three patients who suffer from this condition and, in some cases, surgery and other approaches can be resorted to.

The Living with Epilepsy portal of the Hospital Clínic de Barcelona and many other sources indicate certain tips that can improve patients’ day-to-day lives. Below, we’ll briefly share a few.

Exercise is essential for all people, as it promotes physical, emotional, and physiological well-being. According to the aforementioned source, several studies suggest that sports can raise the seizure threshold and reduce epileptiform discharges, which help to better manage episodes.

To know more, you should read: Diagnosis of Epilepsy in Childhood and its Causes

Organizations that raise awareness about epilepsy in no case advise against patients leading social lives. We’re social animals and, as such, we require the company of other human beings to develop properly. Nevertheless, you have to be careful with certain factors:

This issue is controversial, as certain sources argue that scientific evidence estimates that people who have epileptic seizures under control have a low risk of accidents, while other studies affirm that there’s an inherent risk.

In countries like Spain, it’s forbidden for an epileptic person to drive if they’ve had a seizure in the last year, for their safety and for everyone else’s. Talk to a specialist or the department of motor vehicles of your country if you have any questions.

How to avoid a seizure if you have epilepsy

There are a series of measures to follow to avoid the appearance of seizures in epileptic patients. Some of them are:

How to help a person during an epileptic seizure

The National Library of Medicine of the United States summarizes how to act due to a seizure in several essential points. They’re the following:

What you shouldn’t do under any circumstances is restrain the person, put an object in their mouth so that they don’t bite their tongue, or perform CPR or other resuscitation techniques. Just stay calm, position the patient correctly, and monitor them until help arrives.

This article may interest you: Epilepsy and Pregnancy: Everything You Should Know

As you’ve seen, epilepsy is a pathology that requires patients to make modifications in their day-to-day life. Nevertheless, following the established guidelines and with proper treatment, an epileptic person can lead an almost normal life without serious mishaps.

To avoid seizures, you should sleep well, avoid drug and alcohol use, and avoid experiencing events that cause overly intense or stressful emotions. If you follow these tips, you’ll minimize the risk of a seizure.

How to Manage Epilepsy and Breastfeeding
Generally, breastfeeding and epilepsy are recommended for all newborns of mothers with this condition. These drugs have no side effects in a baby. Read more »
Link copied!
Interesting Articles
Illnesses
Cancer During Pregnancy: What You Need to Know