What Does Science Say About Opioids and Opiates?

Although we associate opioids with drugs like heroin, our body naturally produces these substances too. In this article, we'll tell you all about them and what they do. 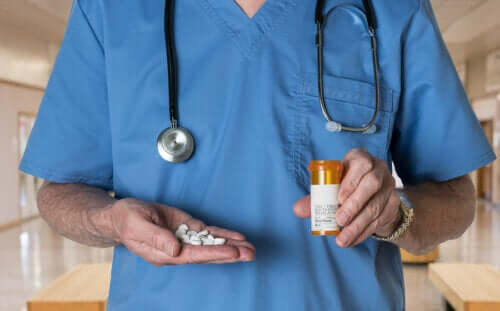 Opioids and opiates are different. Although many people believe that opioids are just external drugs that cause addiction, that’s not entirely true.

Humans have used opiates as painkillers for thousands of years. At least for six thousand years, humanity has recognized their soothing properties. Furthermore, in 1086, we were able to chemically isolate the substance that we now know as morphine.

Science has progressively discovered that the human being has internal systems to interact with opioids. These receptors, dispersed throughout the human body, are there for physiological reasons, which we can divide into two categories:

All opiates are opioids, but not all opioids are opiates. Some opioid substances that circle in the blood, like endorphins, are natural, so don’t require specialist intervention to obtain them from opium; they aren’t opiates.

We also have a subdivision within the opiates group, that distinguishes between natural origin or synthetic. There are opiates that the opium plant directly makes and others that specialists artificially make. Both the pharmaceutical industry and the world of designer drugs have developed these synthetic products.

There’s a group of opioids that doesn’t exist outside of the human body and are intrinsic. By this, we mean that the human body makes these substances and they play a part in different natural bodily processes.

Scientists John Huges and Hans Kosterlitz discovered these so-called endogenous opioids in 1975. They were able to identify three groups:

Endogenous opioids have varied functions, from acting as painkillers to medication for stress responses. They’re also linked to cardiac function and with the immune system against infections.

You may also be interested in: Chemophobia: Excessive Fear of Chemicals

How do opioids soothe pain?

One of the main characteristics of opioids is their analgesic properties. They effectively calm pain and several of them don’t have a limit to this action. These are, therefore, used in treatment for chronic pain.

Endogenous opioids are also analgesics. For that reason, when we secrete more endorphins because we’re happy, our pain reduces. Similarly, the same can happen when people with arthritis; their endorphin levels increase when practicing a sport they enjoy, and, as a result, they suffer less.

According to their analgesic action and to which receptors in the central nervous system they bind, medical opiates are classified in the following categories:

Keep reading: Addition: Why Does it Happen?

Just like with any substance, natural or artificial, an excess can cause intoxication and adverse effects. Opioids aren’t exempt from this.

Normally, the adverse effects appear with opiates when people use them for medication or recreation. Endogenous opioids don’t reach the point where they can generate these undesired reactions because the body regulates them.

Among the adverse effects of opiates we can mention:

Opioids are known for their potent painkilling action. In fact, due to their ability to treat pain, specialists use them for diverse types of pain. However, you must use them with caution as they usually produce an addiction when taken as medication or recreationally.

The Best Tips for Radiant Skin
Healthy and radiant skin requires a basic skincare routine and the right products for your needs. We'll share our best tips for radiant skin. Read more »
Link copied!
Interesting Articles
Medication
4 Types of Injections You Should Know About