What Are the Symptoms and Causes of Galactorrhea?

Galactorrhea may be due to certain medications, such as antidepressants, or to a pituitary tumor, among other factors. 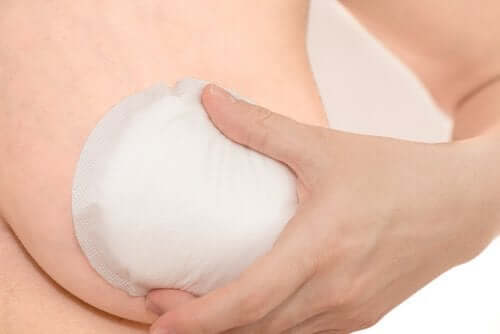 Galactorrhea is a milky discharge from the nipple that’s not related to breastfeeding. It can occur in both men and women, although it tends to affect women more. In and of itself, it’s not a disease. However, it’s usually related to some undiagnosed problem.

Among the causes of galactorrhea, an increase in prolactin levels is often to blame. This is the hormone that stimulates milk production.

The main causes of this increase are certain medications or a tumor in the pituitary gland. This is the part of the brain that controls the formation of prolactin.

Galactorrhea can be very uncomfortable for those who suffer from it. In addition to causing an unexpected appearance of milk through the nipple, it’s associated with sterility. For this reason, it’s important to know its causes and symptoms, in order to avoid major problems. In this article, we’ll explain what you need to know.

What are the causes of galactorrhea?

Galactorrhea, as we’ve mentioned, is the result of having too much prolactin. Prolactin is the hormone that stimulates breast milk production and it tends to rise during pregnancy, in order to feed the baby after birth.

However, sometimes the cause of galactorrhea are impossible to identify. When this occurs, it’s called idiopathic galactorrhea. It’s associated with situations in which the breasts are especially sensitive to prolactin.

What are the symptoms of galactorrhea?

Galactorrhea itself is a symptom, not a disease. However, as we mentioned earlier, it’s usually due to a tumor located on the pituitary gland. For this reason, other symptoms or signs may accompany galactorrhea, which help guide the diagnosis.

Prolactinoma is the tumor of the pituitary that causes an increase in the prolactin hormone. On occasion, it can involve galactorrhea.

Some women may stop menstruating or have less frequent periods. In fact, these women usually have a lower level of estrogen, which can have to do with vaginal dryness, among other things. For this reason, sexual relations can be uncomfortable.

In the case of men, a prolactinoma can cause a decrease in sexual interest. These men may even suffer from erectile dysfunction. They also experience galactorrhea and gynecomastia, which is the medical term for breast enlargement.

When the tumor is very large, it can compress the optic nerves, which are located near the pituitary gland. This causes alterations in vision and even blindness. In this case, patients will usually experience headaches as well.

To confirm the diagnosis, specialists will need to measure the concentration of prolactin in the blood. They may also perform complementary imaging tests, such as a CT scan or an MRI. These tests make it possible to locate the tumor, if it exists.

Galactorrhea itself is only a symptom that can be related to other pathologies. The main cause is prolactinoma, a tumor located in the pituitary gland.

For this reason, it’s important to go to the doctor if you notice any unusual discharge from one or both nipples. He or she will perform the pertinent tests to rule out any disease or complication.

How to Treat Menorrhagia
To treat menorrhagia, all the particularities of each case must be considered. Not all women respond the same way to the same approaches. Read more »
Link copied!
Interesting Articles
Illnesses
Intellectual Disability: Degrees, Characteristics, and Available Treatments