What Are Opioid Medications Used For?

Opioids are a type of drug that's used to relieve pain. They can be broken down into several categories, which we will take a look at in this article. 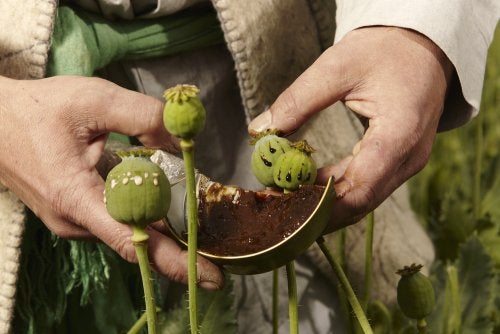 Trying to calm pain has been one of the most constant searches for mankind. Like many other medications, opioid medications are drugs that can provide pain relief.

In this article, we’ll take a closer look at the use of these medications.

The Classification of Opioid Medications

Opioids are grouped according to their natural way of connecting to receivers. They may be:

Read this article, too:  The Common Classification of Painkillers

Opioid medications that are pure agonists bind directly to type µ receptors. Due to this interaction, they trigger the effects of analgesia, euphoria, respiratory depression, constipation, nausea, vomiting, and urinary retention.

Because of the wide variety of side effects that must occur to activate these receptors, it isn’t as common to treat pain with these medications.

For example, morphine is a pure agonist prototype opioid. The higher the dosage of this drug, the greater the analgesic effect. However, it also produces a lot of adverse effects.

In addition, heroin is also a potent analgesic. However, due to it being highly addictive, most countries don’t authorize its usage.

In short, pure agonists are opioid drugs that behave as agonists and provide a lot of activity. They’re mainly used for treating certain types of pain, like those that come from:

This group of opioid medications is not specific, meaning they can exert a partial agonist and antagonist action. They can interact with µ receivers, as well as κ receivers.

Also, the set of effects that these drugs produce doesn’t include respiratory depression. However, they also produce a series of undesirable side effects such as hallucinations, anxiety, and vomiting, among others.

They can also lead to addiction, but this is not linked with pure agonist drugs from µ receivers.

In this group, we can find pentazocine, which presents a moderate analgesic effect that’s three times less potent than morphine and nalbuphine, among others.

Overall, the main usage of these drugs is meant for treating moderate to severe pain.

Check out this article: The 9 Very Best Natural Painkillers

Partial agonist medications display an affinity to opioid receptors with an intrinsic activity that’s lower than the activity of pure agonists. That’s why one of the latter may also behave as antagonists.

An example of this group is buprenorphine, which has an analgesic potency 20-30 times greater than morphine. It interacts as several types of receptors, which makes its effect slower when a dependency is developed.

The following are the main uses for opioids that act as partial agonists:

Antagonists can allow you to reverse your dependence on some drugs that doctors use for anesthesia in surgeries.

In this group, you can find naloxone. Its main use is for emergency medical treatment to reverse the effects of an opioid overdose that may endanger the patient’s life.