What are Gene Mutations?

Gene mutations don’t always cause diseases. Sometimes, the change in DNA doesn’t manifest itself in an alteration that affects a person’s life. In this article, learn all about gene mutations. 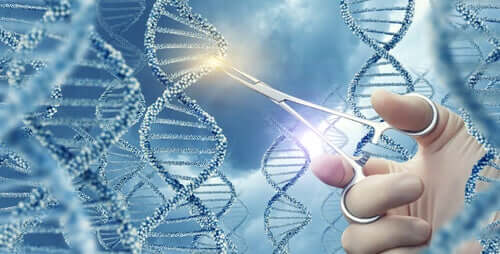 Gene mutations are changes that occur in a person’s genotype. A genotype is a person’s genetic information, which is located in each person’s DNA, or deoxyribonucleic acid. DNA contains a person’s hereditary material.

When the DNA mutates, different proteins synthesize, which changes the original phenotype. The phenotype is a person’s set of visible characteristics as a result of the interaction between their genotype and the environment. Also, this new phenotype is usually less favorable than the original. However, this isn’t always the case.

We say that this isn’t always the case because, even though many diseases develop due to a gene mutation, biological evolution has been possible due to gene mutations. Mutations caused living beings to adapt to their environment, new species to appear, and help ensure some don’t become extinct.

There are also neutral mutations. A neutral genetic mutation doesn’t harm or benefit an individual.

Throughout this article, we’ll talk about the different types of gene mutations and some of the diseases associated with them.

Where can gene mutations occur?

As we mentioned above, gene mutations affect the chemical composition of a gene. In other words, an alteration occurs in the nucleotide sequence of the DNA that makes up that gene. In turn, these mutations differ depending on the mechanism that caused them.

There are four types of genetic mutations, depending on the alteration they produce in the DNA chains. The chains are proteins that, like small bricks, comprise the DNA of living beings. Their organization and position in the DNA depends on bodily functioning as a whole.

As its name implies, this is the exchange of a nitrogenous base for another. It occurs during the duplication process when the mechanisms fail and put a wrong base on the DNA strand.

Substitutions aren’t usually harmful unless a codon is formed or an amino acid from the active center of the protein is affected. An example of a disease caused by this type of mutation is sickle-cell anemia.

This article may also interest you: Preimplantation Genetic Diagnosis

This type of genetic mutation is when an extra base is added. As a result, the individual may suffer from different diseases:

In contrast to the above, in this type of mutation, a base is left out. Insertion and deletion are more severe than substitution since they change the entire amino acid chain. Consequently, the message the DNA should transmit is erroneously encoded.

Finally, this refers to the change in the location of a DNA segment. In other words, a fragment of the molecule breaks and then binds elsewhere. This translocation causes the appearance of new nitrogenous base triplets. This modifies the message to be encoded, just as in deletion or insertion mutations.

Discover: How Your Genes Affect Your Child’s Appearance

Genetic mutations are different types of changes that occur in DNA. As a result, different proteins may synthesize and illnesses may occur. However, this isn’t always the case. This is because, during evolution, different mutations have occurred that have allowed individuals to survive and adapt.

It’s important to investigate these mutations even further to try to develop new therapies to treat diseases caused by them. Also, genetic study allows a better understanding of the human species, our performance, and our ability to adapt.

The Symptoms and Treatments of Fragile X Syndrome
Fragile X syndrome is recognized as the most common inherited intellectual disability. Find out all about it in this article! Read more »
Link copied!
Interesting Articles
Anatomy and physiology
Why Do Women Experience More Gas During Menstruation?