Ways to Find Out if a Medication is Gluten Free

Celiac disease is a chronic disease that affects the small intestine, causing inflammation of the mucosa and loss of microvilli. This hinders the absorption of vitamins, minerals, and nutrients contained in food. Today's article will tell you how to find out if a medication is gluten-free. 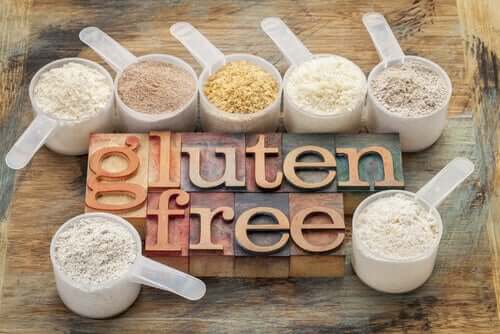 It’s easy to find out if a medication is gluten-free as per the current regulations that require labels to provide this information.

Why would a drug contain gluten to begin with, though?

Well, it’s because manufacturers use starch as an excipient in the manufacture of some pharmaceuticals, especially in tablets and capsules.

As you may already know, starch is generally derived from wheat, corn, potato, or rice. However, only wheat starch can affect patients with celiac disease because it contains gluten.

Celiac disease is a worldwide health problem. In fact, the only treatment for this disease is to entirely eliminate gluten from the diet. It’s for this reason that’s particularly important to identify food and medications that might contain gluten in their composition.

This is a chronic disease that affects the small intestine, causing mucosal inflammation and loss of microvilli. Mainly because it hinders the absorption of vitamins, minerals, and nutrients contained in food.

People with this disease don’t tolerate a set of small-sized proteins known as gluten. These proteins are present in the flour of many kinds of grains, such as wheat, barley, rye, oats, spelt, triticale, Kamut and their derivatives, including starches.

Starch is one of the most commonly used excipients in the manufacture of drugs and can derive from wheat, corn, potato, or rice. Wheat starch is the most problematic for celiac patients, as it probably contains gluten.

The amount of gluten in a tablet is quite small. Actually, a one gram tablet may contain less of it than 100 grams of bread labeled “suitable for celiacs.”

For instance, rice, corn, and potato starch and its derivatives are some of the excipients most commonly used as diluents or disintegrants in the manufacture of tablets and capsules. The information they display depends on the starch content:

Read and Learn All About Gluten Intolerance

Information to find out if a medication is gluten-free

Pharmaceutical companies must now declare whether their formulas contain starch in their composition. Also, they must list their source and the amount of gluten they contain — if any. Refer to the labels and package leaflet to find out if a given medication contains gluten.

Tools to find out if a medication is gluten-free

Currently, there are a series of tools to obtain information and they’re all linked to the drug information center, RxList.

You can obtain a list of the medications that meet the selected search criteria in this search engine. Also, it includes the susceptible excipients of compulsory declaration.

RxList, an advanced search engine by the datasheet

Another tool available to users of the RxList search engine is the advanced search with the option of finding datasheets. The AEMPS has enabled a tool that allows the fractionation by sections of the datasheets and packages leaflets of medications since 2016. Thus, it allows the operation of this advanced search.

RxList offers the possibility of downloading a drug database designed to provide basic prescription information, the prescription gazetteer, and the medication tree.

Also, the prescription gazetteer includes all authorized and marketed drugs, financed and not financed, the data related to their identification, and technical information. Also, the fields provided include the excipients that are subject to compulsory declaration.

Read about the Myths and Facts of Eating Gluten-Free

Finally, it’s important to inform your doctor and pharmacist that you have celiac disease. This is because this is the only way in which they can help you get the right prescription for you.

Breaking the Myths Regarding Gluten
There are numerous myths regarding gluten that have caused millions of people to restrict products rich in this protein without reason. Read more »
Link copied!
Interesting Articles
Medication
Characteristics and Uses of Flumazenil