Warning! 10 Things You Should Know about Zika Virus

The Zika virus is gradually spreading around different parts of the world. Therefore, taking precautions is essential, especially when pregnant. 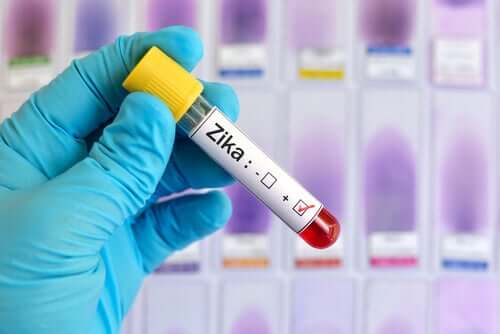 The Zika virus, transmitted by the Aedes aegypti mosquito, has reached at least 15 countries in the Americas according to the data verified so far. What’s most worrisome is that today, according to most national health institutions, there is no specific treatment developed to cure the effects of the virus. But through adequate prevention measures and having all the pertinent information available, more people can protect themselves.

According to the World Health Organization, the Zika virus causes rash and fever. Theoretically, only people who have a weakened immune system are at risk of dying from this virus. However, the problem is much more troubling because it causes fetal malformations. In today’s article, we’ll give you all the information you need.

What is the Zika virus?

Zika virus is very similar to dengue and yellow fever. It originated from a region of Uganda known as Zika. Hence, the previously unknown virus that affected monkeys was given its name. The discovery was made in 1947 but it wasn’t until 2007 when the virus “made the leap” to humans.

Up until a short time ago, symptomatology didn’t go beyond simple breakouts, joint pain, or fatigue. However, in 2007 the Zika virus spread from Africa to Micronesia. Then, in 2015, it arrived in America where it began to cause problems like microcephaly in newborns. In other words, a below-average inferior cranial proportion.

We recommend you read about the best mosquito repellents

This goes to show that, to date, the history of the virus that affects the Americas today has been clearly mapped by scientists. This leads to hope for a treatment and a vaccine soon.

How is the Zika virus transmitted?

You are most likely to contract the Zika virus if you are bitten by the Aedes aegypti mosquito. It’s not enough to simply apply repellent or avoid standing water around your house, however. Bear in mind that the current form of the virus can also be transmitted in the following ways:

Learn more: about pregnancy after age 35

Symptoms of the Zika virus

After being bitten by an infected mosquito it can take between two and seven days to begin to experience the first symptoms. But remember that only one out of every four people will contract the disease.

The main symptoms include:

In order to distinguish the Zika virus from possible allergies, you should observe if you’ve experienced the overnight appearance of conjunctivitis, severe muscle pain, and fatigue.

Neurological or autoimmune complications are rare but have been recorded in recent months in Brazil. Therefore, it’s important to be on alert.

As you can probably see, the current alarm that the Zika virus is raising lies within the worrisome number of children who are being born with microcephaly.

This higher risk category for contracting the virus now includes women who are currently pregnant or who are trying to, and who reside in countries or regions with reported cases.

Today, those countries include the following:

The epidemiological bulletin of Brazil has recorded the most cases to date. According to confirmations by the Centers for Disease Control and Prevention (CDC), on February 1st, 2016, the World Health Organization (WHO) declare an international public health emergency given the likelihood of the mosquitos that carry the virus spreading to more countries.

Read more: WHO Declares World Emergency Due to Zika Virus

I’m pregnant, what I can do?

The recommendations so far from outside the Americas have been clear and obvious: If you are pregnant, don’t travel to any of the countries mentioned above.

But…what about all the pregnant women who live in those countries?

Doctors have asked that these women take the following precautions:

What’s more, all pregnant women or those who are trying to get pregnant see their doctors for regular checkups and stay informed at all times.

Discover more: How Can You Avoid Mosquito Bites During the Night?

As we indicated above, Brazil has experienced the most incidences of the microcephaly outbreak. And this is also where numerous studies are taking place to determine the causes and possible treatments for the disease.

I’m pregnant: how can I find out if my baby has microcephaly?

Doctors diagnose microcephaly in the womb through prenatal ultrasound. But to do this accurately, you must wait until the third trimester, and even these results are not always reliable. Therefore, the diagnosis comes after delivery.

It’s worth noting that there are different types of severity and, in some cases, microcephaly can be associated with a possible mental delay. However, there are children that, with the right tools and support, go on to live a relatively long life.

It’s important to see your doctor if you’re pregnant and don’t hesitate to follow his or her advice and recommendations.

Currently, scientists already have an understanding of what the Zika virus is, its mechanism, and how it acts. Therefore, they soon home to produce a vaccine. With information, caution, and the support of professionals, little by little, we’ll manage to overcome the Zika virus

Why Viruses are Getting Stronger
Viruses are getting stronger over time. When they no longer can affect the body, they mutate to be able to attack and affect humans. Read more »
Link copied!
Interesting Articles
Did you know?
New Year's Traditions Around the World