The treatment for uterine fibroids varies according to their size. Surgical intervention could be necessary or just proper medication and periodic checkups. 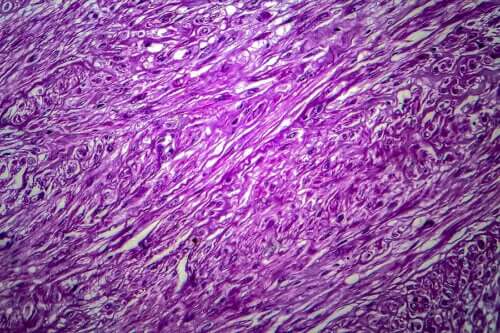 According to the Spanish Society of Obstetrics and Gynecology (SEGO), nearly 70% of women could develop uterine fibroids at some point in their lives. However, only 0.5% of these fibroids could become carcinogenic.

Uterine fibroids are also known as leiomyomas or fibromyomas and are the most common type of tumor in women. That’s why we decided to share some information about their symptoms, origins, and possible consequences.

Read more here: What Are Uterine Fibroids? Find Out With These 5 Important Facts

1. What are uterine fibroids? What causes them?

A lot of women complain about the same things: they lead a healthy life, they take care of their sexual health, they get regular gynecological checkups, and yet, without knowing why, they’re diagnosed with uterine fibroids.

So why does this happen? The truth is we currently still don’t know what exactly causes them. It’s suspected that genetics plays a part in their development, but we don’t know exactly how they appear and develop. Data from the U.S. National Library of Medicine suggest that genetics and hormones may play a role in their appearance.

Subserosal fibroids barely present any symptoms. But intramural and submucosal fibroids affect the endometrium and could even cause bleeding, pain, and, in the most extreme cases, infertility.

Improper blood flow to the uterus could cause uterine fibroids, which could thereby also produce intense pain and miscarriages.

2. Who is at the greatest risk of suffering from uterine fibroids?

You must keep in mind that nearly 30% of women don’t experience symptoms. The only sure way to detect uterine fibroids is through periodic gynecological checkups.

While most cases are asymptomatic, the Spanish Gynelogical Society explains that 25% of woman do present symptoms such as the following:

4. What treatments exist for uterine fibroids?

The first thing you may think of when you’re diagnosed with one or more uterine fibroids is that you may need surgical intervention.

However, the article The Impact and Management of Fibroids for Fertility: an evidence-based approach point out that surgery isn’t always necessary. Smaller uterine fibroids can be treated with specific medications and periodic checkups.

If the fibroid is very large, or a small one doesn’t respond to medication, you’ll have no other option but to have it removed. You could undergo a myomectomy (fibroid extraction that doesn’t affect the uterus) or a hysterectomy, which is the partial or complete removal of the uterus. A lot of specialists advise undergoing medical treatment with ulipristal acetate, a progesterone moderator that noticeably reduces the size of uterine fibroids.

However, many specialists recommend using a medical treatment involving Ulipristal acetate (“Ella”). This is a progesterone modulator that may reduce the presence of these fibroids.

Another newer technique to treat fibroids is high-density ultrasound. This type of surgery has been gaining strength in comparison to traditional treatments. That’s because it has fewer side effects and is also less expensive.

One of the most common doubts that women generally have when they’re diagnosed with a fibroid is whether or not they can get pregnant. The answer isn’t simple and depends on a variety of factors, including age. The experts from Current Obstetrics and Gynecology Report point out the following:

When they’re bigger than 4 cm, they can cause gestation issues. The mother could experience premature birth, pelvic pain, and even placenta detachment.

Take care of your health and never miss your periodic checkups with your healthcare professional. They’ll always provide you with advice regarding these important topics.

Types, Causes, Risks, and Symptoms of Uterine Fibroids
These may not be dangerous. But, if you have uterine fibroids, you should see a gynecologist. They can determine the size and make sure they aren't growing. Read more »
Link copied!
Interesting Articles
Did you know?
Why Do We Have Armpit Hair?