The Uses and Effects of Cefuroxime

When administering this antibiotic, it's important to keep in mind that there are a number of population groups for whom the effects of cefuroxime could cause serious problems. 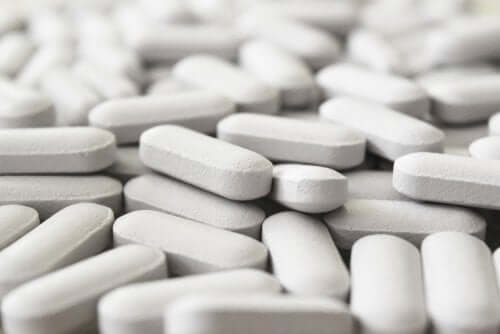 If you’ve ever had an ear or throat infection, or even a urinary infection, your doctor may have prescribed cefuroxime to treat this discomfort. Cefuroxime is an antibiotic drug that belongs to the cephalosporin family. Specifically, it’s a second generation cephalosporin. But what does that mean? And what are the effects of cefuroxime?

A good understanding of this term is essential to understanding how cefuroxime works and what its origin is. Therefore, the term antibiotic refers to chemicals, or their synthetic derivatives,  that a living being produces, that kill or prevent the growth of certain classes of sensitive microorganisms.

We also know them as antibacterials since we often use them to fight infections caused by bacteria. In this sense, they aim to eradicate or kill bacteria, or inhibit their growth.

Depending on the mechanism of action they trigger, they belong to one family or another. In this case, cefuroxime belongs to the family of beta-lactams, which we’ll look at later.

Finally, it’s worth mentioning the importance of avoiding self-medication with antibiotics. This practice poses a serious problem at a personal and public health level.

Beta-lactams are the antibiotics that owe their action to their ability to inhibit the synthesis of peptidoglycan from the cell wall. In particular, they inhibit the process of transpeptidation.

To do this, they need to enter the cell so that they can produce their effect. Once inside, they bind to penicillin-binding proteins.

Antibiotics belonging to this group are reduced spectrum drugs, that is, they’re only effective against gram-positive bacteria. In addition, they’re bactericides, which means that they kill the pathogen.

On the other hand, they’re drugs that we can administer both orally and parenterally. They have a good safety record and, although they can cross the placenta, they’re first-choice drugs in pregnancy because of their good safety profile.

Among the most common are:

The use of cefuroxime

First of all, it’s worth repeating that cefuroxime is part of the cephalosporin subfamily. That is, antibiotics that are similar to penicillin but that, unlike penicillin, perform better against certain bacteria, as pointed out by the Magazine of the Faculty of Medicine of Caracas, Venezuela.

Basically, doctors use cefuroxime to treat infections caused by bacteria that are susceptible to beta-lactam antibiotics. For this reason, it presents an antimicrobial activity against microorganisms such as the following:

It’s prescribed when this type of bacteria triggers an infection in the ears, throat, sinuses, urinary tract, and even in the skin.


Like other cephalosporins, cefuroxime administration can trigger a number of adverse effects. Normally, those of a gastrointestinal nature predominate. In that sense, the adverse effects of cefuroxime can include the following:

Interestingly, some patients suffering from cephalosporins allergy have been detected in about 10% of the population allergic to penicillin. Nevertheless, a crossed allergy between penicillin and cefuroxime and other second and more recent generations cephalosporins hasn’t been demonstrated.

Cautions regarding the use of cefuroxime

When administering this antibiotic, it’s important to keep in mind that there are a number of population groups for whom the effects of cefuroxime could cause serious problems. Among these situations that require special caution we can mention the following:

Find out: The Expiration Date of Medicine: Does Effectiveness Decrease?

Use of cefuroxime only by prescription

Cefuroxime is an antibiotic belonging to the cephalosporin family. It inhibits the synthesis of the cell wall of sensitive bacteria, thus causing their death.

A rational use should be made both of this drug and of any other antibiotic. Self-medication and the abuse of these substances are causing a great public health problem and great complications in the clinical development of new antimicrobial drugs.

How Antibiotics Work for Urinary Tract Infections
Antibiotics are used to treat UTIs because, most of the time, the causative agents are bacteria. Here, discover how antibiotics work for UTIs. Read more »
Link copied!
Interesting Articles
Medication
Cortisol Hormone: What is Hydrocortisone?