Types of Epilepsy: All You Need to Know

Epilepsy is a disease that affects millions of people globally. Knowing the types of presentation of this disease is essential to address it in the most effective way. 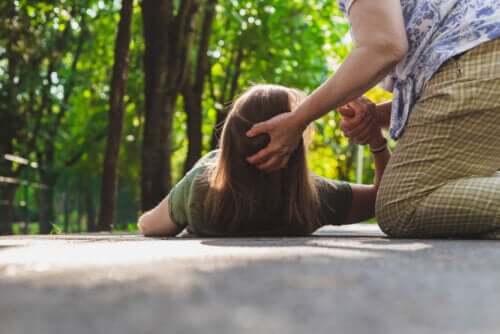 Epilepsy is a disease caused by an imbalance in the electrical activity of neurons in some areas of the brain. Something that not everyone knows, though, is that there are different types of epilepsy.

According to the Commission on Classification and Terminology of the International League Against Epilepsy, it’s characterized by the appearance of recurrent seizures, which have both neurobiological and cognitive and psychological effects.

Despite being one of the oldest diseases in history, many of its dynamics are unknown. For that reason, various pieces of research highlight the importance of this pathology. Consequently, the field of medicine found it essential to classify the types and patterns of presentation of epilepsy to learn how to deal with it effectively.

The epidemiology of epilepsy

There are three very important aspects when it comes to this disease. First off, we must learn what causes it and how to treat it. Secondly, it’s vital to know how it’s distributed throughout the world. The World Health Organization (WHO) came out with some statistics on epilepsy at the global level. Let’s see:

It’s safe to say that these data are devastating. Epilepsy can be treated with drugs but many people don’t have the means to get them and alleviate their disease. For all these reasons, it’s essential to know how to identify epilepsy and educate the general population about its effects.

Read also: Epileptic seizure: what it is and how to respond

According to the Andalusian Epilepsy Society and the International League Against Epilepsy (ILAE), there are two main variations of this pathology. One of them is defined by its general character and the other has a more focal nature.

Down below, we’ll summarize the different types of generalized epilepsy:

Except for the tonic-clonic variant, the rest of the generalized seizures are instantaneous with rapid recoveries. Much of the danger lies in the activity that the person’s doing at the time of the attack.

These variants depend on the area of the brain where the neuronal electrical imbalance occurs. There are different types according to their manifestations.

Read also: How to manage epilepsy and breastfeeding

The causes of epilepsy are several. Many studies collect the advances that science has made in recent decades in understanding the mechanisms of action and the underlying reasons for this pathology. The World Health Organization lists some of the most common causes. Let’s see what they are.

According to the Handbook of Epilepsy Treatment, the basic medication of all patients is based on the use of antiepileptic drugs (AEDs). These medications try to eliminate the appearance of seizures with the minimum number of side effects.

Furthermore, these drugs are quite cheap, some of them don’t even exceed $5 a year. Despite this, though, many people in developing countries can’t afford them. In addition, their administration is easy without major complications, which for sure facilitates the approach.

Types of epilepsy: what you should remember

Epilepsy refers to an increase in electrical activity in a general or focused area of the brain. As you can see, there are various types according to their nature, in addition to other classifications based on the effects that epileptic patients have during their crises.

In some way, access to affordable treatment conditions this pathology. Sadly, a significant percentage of the population is unable to get their hands on it. In brief, it’s incredibly important to raise learn about the types of epilepsy in order to improve the quality of life of these patients.

Epileptic Seizures: What Should You Do?
Epileptic seizures, especially if they're severe, require external help to prevent the affected person from hitting themselves and to help them breathe correctly. Read more »
Link copied!
Interesting Articles
Treatments
What Is a Bronchoscopy and What Is It For?