A new cancer medication has been used in trials with patients with advanced stage tumors, but it could also be used for cancer in its early stages. 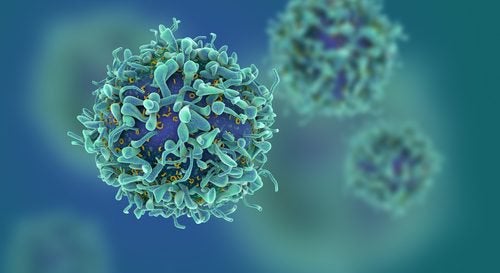 The First Stage of the Cancer Study

The study will be performed at Gregorio Marañon Hospital and Navarra Clinical University.

In the first stage of the cancer study, five patients who have tumors that have not responded to other treatments have already begun treatment with the medication, BO-112.

These are the first five patients in a group of 12 to 24 cancer patients who will participate in the first phase of the clinical study.

A New Cancer Medication From Spain

The medication was first developed at the National Center of Cancer Research (Centro Nacional de Investigaciones Oncológicas, or CNIO). Now, they are developing it at the above-mentioned health centers in Madrid and Pamplona, respectively.

This new cancer medication is Spanish and currently only available in Spain. However, it won’t take long to go international.

As for a timeline, the first results of the study will be ready in June.

At the American Cancer Association conference in June, researchers will present major advances in oncology. Furthermore, this new cancer medication could theoretically enter the market in three to four years.

Immunotherapy is a process that is revolutionizing cancer treatment.

Instead of directly fighting tumor cells as traditional chemotherapy does, it attacks cancer using the body’s own natural defenses.

With proper training, your natural defenses will be able to address the tumor. Immunotherapy shrinks tumors with fewer side effects. Thus, it lessens the collateral damage to healthy tissue.

These advances are gradually changing the outlook of people with tumors, including melanoma and lung cancer.

Types of Tumors This Medication Targets

Immunotherapy medication is already on the market, and this new cancer medication will be added to the list.

At first, it was meant to treat solid tumors, which are the most common (breast, lung, ovary, liver, and endocrine cancer, melanoma, sarcoma, etc.).

However, they chose patients with palpable and accessible tumors for the studies so far (including melanoma with cutaneous metastasis).

They will deliver the drug via an injection directly into the tumor, guided by an ultrasound. As a result, the doctor will be able to deposit the medication locally, which is an advantage.

Details About This New Cancer Medication

Overall, they will try this Spanish-created therapy on people who have unsuccessfully been treated by existing treatments. Plus, this includes those other than immunotherapy.

First, they must demonstrate the new medication’s effectiveness. Then, they can use it for patients in other early stages of the illness, even before surgery.

The pre-market name of the drug, BO-112, indicates that it is still in the experimental phase. However, many have high expectations for it.

Furthermore, it would be the first medication that combines two promising approaches to fighting cancer: immunotherapy and autophagy. This is a mechanism that earned Japanese scientist Yoshinori Ohsumi the 2016 Nobel Prize in Medicine.

However, the Spanish drug doesn’t have to work alone. In the future, they may combine it with other immunotherapies. In addition, they are also testing these options in clinical studies.

Overall, these studies are an excellent example of what a public-private collaboration can look like.

In 2010, the National Center of Oncology Research (Centro Nacional de Investigaciones Oncológicas, or CNIO) gave the drug license to an up-and-coming Spanish company. It was a small biotechnology company that was born out of the collaboration: Bioncotech.

The studies were led by Marisol Soengas, head of the Melanoma Group at Bioncotech.

“Scientists generally get few chances to see the results from the laboratory directly reach the patient. This clinical study is the result of the collaboration of researchers from multiple different disciplines headed by a fantastic team from Bioncotech. We at CNIO are very proud of this big step.”

They will present the results of these trials in the biggest oncology conference in the world, the American Society of Clinical Oncology conference (ASCO). It will take place in Chicago from July 2nd to the 6th.