Everything You Need to Know About Turner's Syndrome

Turner’s syndrome is a rare genetic disorder, characterized by the presence of a single X chromosome. Those who suffer from it tend to have a completely normal IQ and life expectancy. 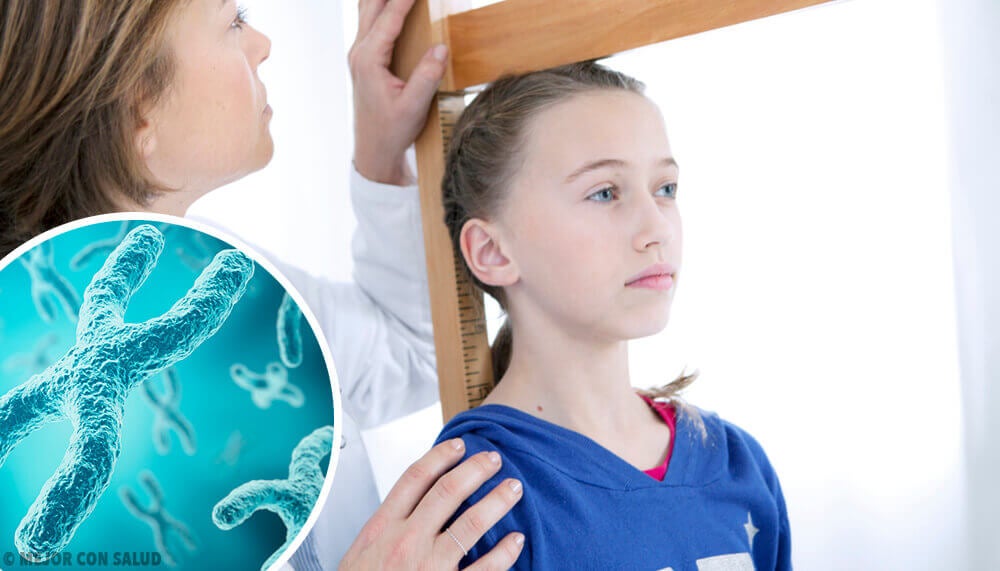 Turner’s syndrome is a genetic disorder that affects the sex chromosomes. It’s characterized by the total or partial absence of an X chromosome, so it only affects women. The karyotype will therefore be 45X.

Naturally, the presence of a single X chromosome affects the development of primary and secondary female sexual characteristics.

Statistically, 50% of Turner’s syndrome cases have a karyotype of 45X, where there is a total loss of the second chromosome. Fifteen percent only have partial loss of this chromosome. In these cases, either the long or the short arm of the chromosome can be affected.

The remaining cases are mosaicisms. These are characterized by the presence of two or more cellular lines with genetic alterations. In this way, these people will have some genetically normal cells (45XX) and some genetically altered cells (45X).

We recommend you read: 10 foods that food experts wouldn’t eat

Under normal conditions, everyone has 23 pairs of chromosomes. Of these, 22 correspond to the non-sexual autosomes or chromosomes, and the final pair is the sexual pair.

The sex chromosomes, where one is inherited from the father and one from the mother, determine the genetic sex of a baby.

What happens with Turner’s syndrome?

Before we go into the explanation of this chromosomal anomaly, it’s important to recall certain aspects of reproductive cellular division (the gametes).

How does a cell lose a chromosome, then?

The prevailing theory is that the loss of this second X or Y chromosome occurs after conception. That means that it is a failure in the division of the cells.

The absence of a Y chromosome determines the development of female sexual characteristics. Even if the original cell was XY, its loss will lead to female development.

Unfortunately, this condition can also bring with it various internal disorders, such as:

Turner’s syndrome can be difficult to diagnose. Most women with this disorder don’t have very obvious features: they are milder phenotypes, because the more severe cases are naturally aborted.

About one third of cases are identified as newborns. The presence of certain physical features and signs of heart disease are suspicious characteristics. Another third of cases is diagnosed during childhood, mainly because of their short stature.

Finally, the last third is diagnosed during adolescence. In these cases, short stature combined with sexual infantilism become clear when the patient never reaches puberty.

Hormone replacement therapy using estrogen helps with the development of sexual characteristics, but it doesn’t correct infertility. During childhood, it’s recommended to treat these girls with growth hormones that will help normalize their stature.

Can they have children?

In cases of infertility, which is most common, in-vitro fertilization techniques are required using donated eggs. The egg is fertilized by sperm in vitro and implanted into the patient afterwards. These pregnancies demand a much more rigorous level of control than a normal pregnancy.

7 Organs that You Don’t Actually Need to Survive
There are a few organs that you don't actually need to survive. In fact, over time and evolution, some have lost their function, which is why their removal doesn't affect quality of life. Do you know which ones they are? In this article, we want to share all the details on the main 7. Read more »
Link copied!
Interesting Articles
Illnesses
Swimmer's Itch: Causes, Symptoms and Treatment