Tubal ligation is a surgical definitive contraceptive method. Today, we're going to talk about the procedure and the best time to opt for it. 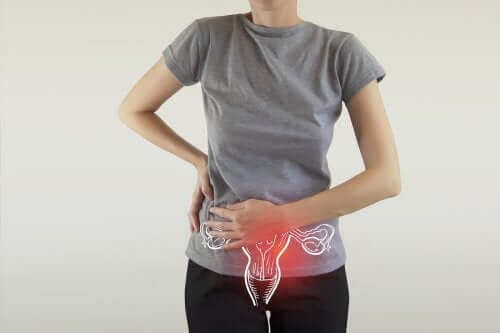 Tubal ligation is a surgical procedure that closes transit through a woman’s fallopian tube so she’s no longer fertile. It’s an efficient contraceptive method because it blocks the transit of sperm through the fallopian tubes so none of them can fertilize the ovum. It doesn’t affect the menstrual cycles in any way but merely keeps the sperm out of the ovarian area.

Unlike other methods, tubal ligation is a permanent solution. However, some methods can reverse it. However, they’re uncommon and involve a new surgical procedure. Thus, we can say this surgery is a permanent contraceptive method for general purposes.

The effectiveness of tubal ligation is quite high. Overall, estimates indicate that one out of 100 women may become pregnant after the first year after this surgery. The pregnancy rate is 1.8%, which is very low, by the tenth year.

Doctors must do pre-surgical tests before recommending this procedure. Thus, they should evaluate the patient’s blood and cardiac status to find out if they’re suitable for anesthesia and to undergo the procedure.

They use anesthesia, which can be local or general. The surgeon will proceed to operate as soon as the person’s area is numb enough. Currently, video laparoscopy is the most common technique.

At this point, the surgeon will make small incisions in the abdomen and proceed to insert their surgical instruments to guide their movements. Also, they’ll use some gas to expand the organs and work on the fallopian tubes with the aid of some scissors and small clamps. They may either burn or cauterize the fallopian tubes to close them. They may also seal it with a hook or tighten it through a special ring designed specifically for this purpose.

The recovery is quite fast after the procedure. Usually, a woman gets to go home on the same day as her intervention. There’s no need to spend the night in the hospital or clinic.

When to have a tubal ligation

A tubal ligation surgery can be performed almost at any time as long as there are no other health problems, especially if the woman isn’t pregnant at that moment. Thus, it depends mainly on the decision of the woman who is to undergo the procedure.

For the perspective of medical professionals, the best three moments to do so are:

1.The interval between births

This period includes any time when a woman isn’t pregnant or after giving birth. It may be a patient with children or without children. The doctor will schedule the surgery for the first days of a menstrual cycle. They plan it this way because there’s less blood flow in the tissues during the first-week post-menstruation. Thus, it’s more comfortable for the surgeon to do the surgery then.

A pregnant woman opting for a tubal ligation after birth can schedule a C-section that will also include this procedure. Taking advantage of the use of the operating room and anesthesia, the doctor can spend some extra time to block the fallopian tubes.

When a pregnant woman decides to have a tubal ligation later on so her birth will be through the vaginal canal, then she can schedule it for the first forty-eight hours after the birth of her baby. The main advantage is she’s already in the clinic or hospital.

Upon returning home, a woman must remember the doctor’s indications about the signs or symptoms to watch for. For example, she should consult a physician immediately if she has a fever or constipation, or a very strong pain in the abdomen. Also, she should contact her doctor if there’s an intense foul vaginal discharge or if there’s pus in the surgical wound.

A woman should abstain from sexual intercourse during the first week after tubal ligation. No matter what, she must keep in mind that this kind of contraceptive method doesn’t protect against sexually transmitted diseases.

This procedure doesn’t lead to dramatic changes in women in the long run. The myths of women gaining weight or feeling less pleasure during sex after having this procedure are just that: myths. There are no scientific studies that can strongly support such statements.

So, consult a doctor if you’re considering tubal ligation and believe it’s the right contraceptive method for your situation. Your gynecologist can tell you more about it and answer any questions you might have.

Subdermal Contraceptive Implants: An Overview
There are many forms of contraceptives on the market nowadays. Find out everything you need to know about subdermal contraceptive implants. Read more »
Link copied!
Interesting Articles
Pregnancy
Risks of a High Sugar Diet During Pregnancy