Seeing that her husband was not improving and only getting worse, Jeannette also started to suffer from health problems. This couple married 75 years kept their promise to each other. 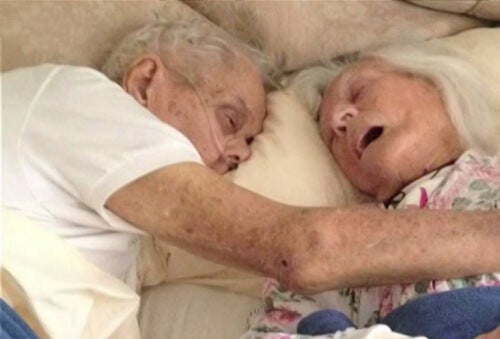 For many, “true love” is something that only happens in fairy tales or books, as the majority of relationships do not last. Additionally, many individuals have to meet several people for them to find the right person to fall in love and spend their lives with. However, this couple married 75 years prove that true love is alive and well, even if the lovers are not.

Although relationships fail most of the time, there are a few incredible stories that prove that nothing is impossible. In fact, two people can be in love their entire lives, even until death.

This was the case for a married couple in California, who met at just 8 years old and became inseparable. However, as they approached 75 years of marriage, it looked as though death would finally separate them. This couple married 75 years defied divorce statistics.

Jeannette and Alexander Toczko, an elderly couple married 75 years, from San Diego, California, interestingly died within a few hours of each other. In each others arms, they professed the love that kept them together all the way to the end.

The couple’s daughter, Aimee Toczo-Cushman, documented their story and decided to share it to move the entire world.

Alexander Toczko and his wife, Jeannette, both originally from Connecticut, met when they were just 8 years old. When they came of age, they made the decision to get married in 1940.

According to their daughter, “They didn’t like being apart. It was as if their two hearts beat as one.”

Alexander, age 95, loved to play golf until his health worsened as a result of a fall he suffered a few weeks before his death. Although he sought medical treatment from experts, his health did not improve and worsened as time went on.

Jeannette, age 96, began noticing that her spouse wasn’t improving and only getting worse. As a result, she also started to experience health problems that left her bedridden like her husband.

Despite having little strength, the woman asked the hospital to place them next to each other. She wanted to be able to care for him until the very end.

The couple was approaching a critical time. Alexander was unable to get out of bed and Jeannette was depressed. However, both were anxiously awaiting the 29th of June, the date they would celebrate 75 years of marriage.

Not Even Death Could Tear Them Apart

Regrettably, they never made the date. Alexander died during the night of June 17th and Jeannette passed away the following morning. In spite of this, the couple managed to fulfill their last wishes.  He wanted to take his last breaths in her arms. Likewise, she wanted to be with him soon after he passed.

Aimee Toczko-Cushmas was at her parents’ side along with her four brothers. Aimee revealed that she was responsible for giving the news to her mother. “I told her that Dad was gone. She hugged him and said, ‘You see? This is what you wanted: to die in my arms. I love you. Wait for me, I’ll soon be with you.'”

That’s when the children left the room to give their mother a moment alone with the man she so loved her entire life.

A Bittersweet Ending for the Couple Married 75 Years

To everyone’s surprise, in less than 24 hours, they found she had also passed away, their lifeless bodies embracing each other.

The moment was captured in a photograph that has gone around the world and moved millions by clearly showing that love endures even to the end.

Jeannette and Alexander Toczko were laid to rest together in Miramar National Cemetary in San Diego, California.

How to Find Lasting Love in a Relationship
Lasting love starts with one's own self since self-esteem is the base of being able to establish solid and mature relationships that can last a lifetime Read more »
Link copied!
Interesting Articles
Relationships
How to Put an End to a Toxic Friendship