Treating Endometrial Cancer after a Diagnosis

Treating endometrial cancer is possible. This condition mainly affects postmenopausal women. and it's often the result of certain hormone replacement therapies that promote its appearance. 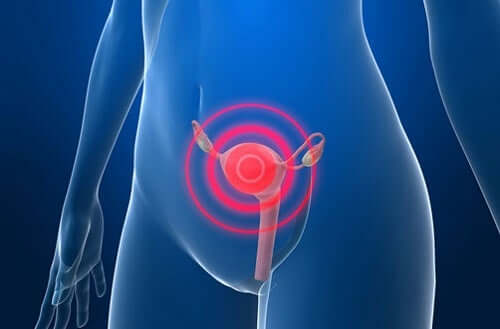 Treating endometrial cancer is possible but, firstly, let’s say it happens when there are cancer cells in the uterus that begin dividing and invading adjacent tissues.

Cancer is a disease characterized by the appearance of abnormal cells that multiply quickly and grow uncontrollably. Thus, their high proliferation is what forms cancerous tumors.

One of the characteristics of cancer is that tumor cells divide and multiply and invade other tissues, resulting in what the medical field refers to as metastasis.

However, the scientific community chooses the names of the various types of cancer according to the organ where it originates. Thus, endometrial cancer affects the uterus.

Endometrial cancer is the most common type of cancer in the uterus and it directly affects the endometrium — the innermost lining of this organ. In addition, it usually happens after menopause and affects obese women to a greater extent.

Also, hormone replacement therapies, that contain high doses of synthetic estrogens, can promote the development of this condition.

Any success when treating endometrial cancer largely depends on the stage of the condition. As usual, the earlier you detect it, the more effective your treatment will be.

There are certain risk factors related to the development of endometrial cancer:

However, take into account that although these factors occur more frequently in women with endometrial cancer, these aren’t present in some cases.

The most common symptom of this type of cancer is abnormal vaginal bleeding and might take place between periods or after menopause.

Postmenopausal women who experience vaginal bleeding must consult a gynecologist. This is because it could be an early symptom of the disease.

It’s crucial to pay attention to these types of symptoms as they can aid in the early prevention of this disease and determine the success of any given treatment.

There are various treatments for women with endometrial cancer. Therefore, doctors will evaluate the options depending on the stage of the disease. Additionally, the scientific community continues to work on the research and implementation of newer and more efficient treatment options.

Endometrial Cancer: 5 Things to Keep in Mind
Endometrial cancer is more common after menopause, although it can sometimes appear in women younger than forty years old. Read more »
Link copied!
Interesting Articles
Illnesses
The Connection Between Erectile Dysfunction and Diabetes