Treat Fibromyalgia Naturally with These Herbs

Capsacin is found in Cayenne pepper and is an effective, natural analgesic and is used in many pain-relieving creams. 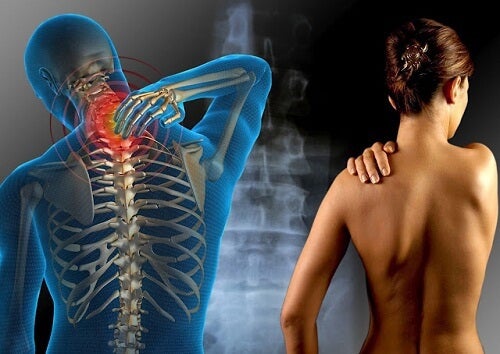 Fibromyalgia is a very painful and uncomfortable condition, and so finding the right treatment is very important. Because of that, today we’ll be highlighting some herbs that can help to treat fibromyalgia naturally.

Fibromyalgia is an ailment that causes muscle pain and fatigue. People who suffer from it usually have areas of the body that are particularly sensitive to pain. The most common areas associated with fibromyalgia pain are the neck, back, shoulders, arms, legs and hips.

A large percentage of people with fibromyalgia (between 80 and 90%) are women. Though the exact cause is unknown, this ailment often has to do with traumatic events and periods of elevated stress, recurring lesions, general discomfort and certain illnesses.

Here are some herbs to help you treat fibromyalgia naturally:

Experts have found that cayenne pepper has properties that can treat fibromyalgia symptoms. Capsaicin, found in cayenne peppers, is an effective, natural pain-reliever. Because of this, many pain-relieving creams contain Cayenne pepper because of its ability to relieve muscle pain.

To relieve fibromyalgia pain, drink a cup of Cayenne pepper tea, made by mixing one teaspoon of the pepper with a cup of hot water. It’s best to prepare it in the morning and then drink it throughout the day. If not, you run the risk of severely irritating the digestive system.

Another herb that helps fight fibromyalgia is St. John’s wort of the genus Hypericum. It’s a medium-sized plant that produces elongated yellow flowers. This herb is used mostly for treating depression, and has shown good results in this regard. Remember that depression is one of the main symptoms associated with fibromyalgia, so anything that works to fight it is a big help.

As if that weren’t enough, in addition to fighting depression, St. John’s Wort also eases pain and treats insomnia. The best way to take this remedy is in capsules or supplements like those sold in pharmacies or natural goods stores. Additionally, some people make a tea with the flowers, so that’s also an option.

Despite being a herb, St. John’s Wort can interact with some medications like antidepressants, birth control and others. Because of that, you should consult your doctor or pharmacist before you begin taking any supplement. To believe that medicinal plants are completely harmless is a mistake. In fact, many of the drugs available today are based on chemicals first discovered in plants.

Harpagophytum is popularly known as “Devil’s claw”. This is because of its fruits, which are woody capsules with sharp spines and a hooked end. The compounds in this herb are very effective at fighting ailments like arthritis. Because of this, it has come to be used for fibromyalgia, with good results.

“Devil’s claw” possesses powerful analgesic and anti-inflammatory effects, useful in reducing the pain associated with fibromyalgia. In addition, it stimulates the appetite, lowers cholesterol, detoxifies, and calms intestinal spasms. The most common ways to use this herb are: to apply an extract of the plant directly to the painful areas, prepare an infusion, or take it in capsule form.