Traffickers of guilt are all around you. Some of them are very close and it’s easy to fall into their power during certain times of your life. 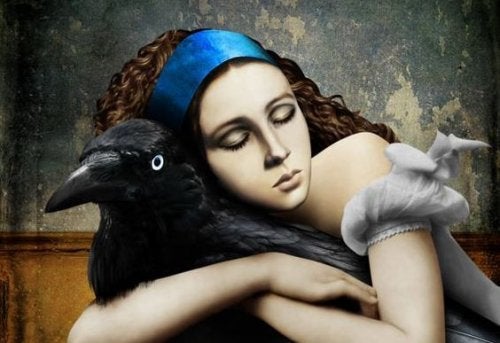 Traffickers of guilt are all around you. Some of them are very close and it’s easy to fall into their power during certain times of your life.

These are people who are accustomed to – and skilled at – projecting a deep sense of guilt upon others in order to dominate them. In turn, this makes you fall into a continuous cycle of negative emotions in which you believe that everything you do is wrong and you’re not worth anything.

This is without a doubt a kind of manipulation that’s as sharp as it is destructive.

This type of dynamic is exercised on all levels. It can happen within your family, between couples, and even in the workplace.

It’s so common that we’re virtually certain everyone knows at least one person who exercises this behavior. We’re equally sure you’ll find it useful to learn how to identify this behavior.

Let’s take a deeper look at traffickers of guilt.

Dangerous traffickers of guilt and their games

One of the most lethal power “games” that can be carried out out among friends, family, or at work is without a doubt the projection of guilt.

There are many ways traffickers of guilt can implement these tricks. Nevertheless, the way you become responsible for some things and not others always depends on the type of manipulator – the guilt trafficker.

They cannot use the same power game on their partner as they would on a family member, for example.

Let’s take a look at the different types of guilt traffickers.

Discover how to defend yourself against toxic family members

1. The charitable and affectionate one

“I’m telling you this because I love you and I want the best for you – what you’re doing is wrong for you, and you’re also neglecting the most important people who care about you.”

Here’s what’s wrong with this:

In this case, the guilt that is projected on you is accompanied by the affection of someone who’s important to you. In addition, just by having a close link with these types of people, the impact is stronger and deeper.

2. Those who make you responsible for everything

There are people with the ability to hold others accountable for everything wrong that happens to them.

This is a slow and progressive form of destruction that must be recognized and stopped as quickly as possible.

3. Those who validate their self-esteem by turning you into a clumsy puppet

“It’s clear that without me around you can’t do anything – have you seen how you ruined it just by touching it?” “You’re always messing up everything you do. From now on, I’ll take care of it myself.”

They will make you believe that you are nothing and they are everything.

4. Those who don’t understand how to take responsibility for their own mistakes

You probably already know more than one person like this.

They make mistakes, act recklessly, cause serious problems thanks to their attitude or behavior… but they’re unable to take responsibility for their actions.

What’s worse, instead of assuming the blame, they’re experts at projecting it onto others.

Traffickers of guilt might say, “It’s your fault because you shouldn’t have listened to me,” or, “This is your doing because you were overly confident.”

5. The ones who do it for your own good to “teach you”

Making others take the blame for things is, for many, an attempt to teach them to take responsibility and grow as a person.

This often happens in the business world, for example:

This is the wrong tactic. In every family or business environment, each person must be accountable for his or her own actions and responsibilities.

Blaming someone else for other’s mistakes or careless errors will ultimately lead to stress and undermine that person’s self-esteem.

Getting Over Guilt: More Than Scars
Our scars are marks that lessons have left on us. But, we are much more than this and we don't have to be defined by them. This is because you’ve learned from your mistakes. Read more »