Cooking: The "Toxic" Side of Your Kitchen

Several dangers have been shown in materials like teflon and plastic, but there's also the problem of poorly cooked food. 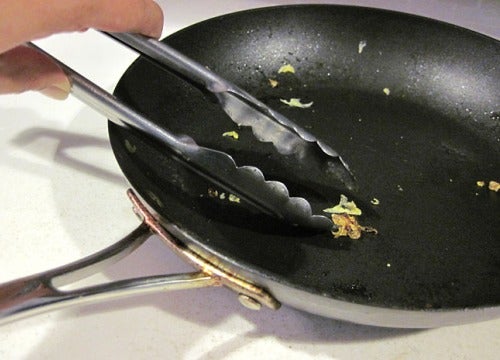 I bet you’ve never thought about how this area in the house. Or how it could be both beneficial and harmful to health.  Several dangers have been shown to exist in materials like teflon and plastic. But there’s also the problem of cooking food poorly.  Take a further look into the following article.

The dangers of cooking in the modern day kitchen

If we were to list off harmful materials to our health and family, teflon would definitely be one of them.  Be that as it may, it is still one of the most popular. This is due to its “non-stick” capacity when cooking or frying foods.  Teflon was invented in 1938 by DuPont, a multinational business.  Some people think of it as a lifesaver for cooking.

But the truth is, it is made with very harmful materials and products.  It is also used in other areas, like space ships, cable lining, and medical prosthetics. Also paint, varnish, contact lenses, space suits, motors, waterproof membranes, and more.

Teflon’s dangers are due to its main component, PFOA (perfluorooctanoic acid, also known as C-8), both indestructible and accumulative.  In 1961, DuPont knew this material did not decompose naturally. It also caused cancer, infertility, liver problems, hyperthyroidism, fetal deformations, etc.

And yet, it didn’t matter that much to them. They continued dumping factory waste in waters and the atmosphere.  PFOA was found in rivers, lakes, oceans, drinking water, plants, and even in the blood of 95% of the world’s population.

Using teflon is bad for our health because the surface deteriorates and is not stable. This means that it sticks to the food we then consume.  Once this element is heated to more than 160 degrees Celsius, it is toxic enough to kill a small animal, like a bird.  But PFOA is also found in bags of potato chips, hamburgers, popcorn, etc.  It has even been shown to increase triglyceride and cholesterol levels.

The second element that is bad for cooking is plastic. This has millions of uses in the kitchen today. But the production process creates larges amounts of contamination. It is also difficult to recycle, and is not biodegradable.

Plastic contains substances that cause hormonal disruptions in the body.  This means that they interfere with the body’s functions, causing alterations (primarily in children and fetus’s). This is especially true with flexible plastic containers, bottles and pre-prepared food packages.

Food comes into contact with this element, which is even worse when heated in the microwave.  This happens daily in thousands of houses that order or buy ready-made food.  They warm up their food with this electrical appliance, which is also negative for health due to the waves created during heating.

We’re not even going to talk about “fast food” in this segment, because that’s just too obvious.  Rather, we are going to focus on those foods that may be thought of as healthy and “harmless” to health. However these are actually quite the opposite if not prepared correctly. (CAREFUL: they are not bad, just the way they are prepared)

A lot of foods “hide” their toxicity levels without us knowing, if prepared incorrectly.  The following are a few of these foods:

Both should be cooked at a temperature higher than 100 degrees Celcius.  Additionally, they must be left to soak for several hours (all night, for example).  If not, they hold on to their toxic compound (phytohemagglutinin), which could cause stomach problems.

They contain a glucose and cyanide compound called amygdalin, in small portions.  One would need to eat a large amount of seeds for them to have a toxic effect.  On the other hand, the digestive system absorbs them, although it is better simply to avoid consuming them.  The same is true for peach pits.

They don’t’ taste very good and you probably won’t be able to finish eating them.  This is due to our “friend” amygdalin, as well as another toxic substance, emulsin.  20 bitter almonds could cause dangerous consequences.

The substance present in potato sprouts is called solanine.  It is created by the plant itself to protect against insects and fungi.  It can create intoxication in large doses.  If you get a potato that has sprouts on it, it’s better to cut them off, along with the surrounding area.  If it has a green peel, do not cook it without first peeling it.

These should never be eaten raw because it is very toxic and could cause convulsions or delirium, affecting the central nervous system.  You must boil sweet potatoes to destroy the dioscorine, the element that causes these problems.

When the leaves and fruit are green, they are not good for health because inside they contain tomatidine, causing the same effects as sweet potatoes.  Some say they reduce cholesterol or tumors.  Tomatoes must be consumed when ripe, and never eat the leaves.

If used in excess it becomes toxic, because it contains myristicin, which could cause convulsions in some people.  You must perform a gastric lavage to avoid more serious problems.

Mushrooms are delicacies in gastronomy, but they may cause discomfort in some individuals.  Some edible mushrooms contain hydrazine, which, if the mushroom is consumed raw, it becomes toxic.

10 Foods That, Just by Their Appearance, Indicate if They Are Chemically-treated Foods or Natural
In this article, you will learn tricks to distinguish between natural and chemically-treated foods, just by their appearance. Read more »
Link copied!
Interesting Articles
Did you know?
Excessive Hygiene and Antibiotic Resistance

Did you know?
8 Interesting Facts About Common Diseases

The human body and mind still hold endless secrets that science has not been able to reveal. However, over the…

Are your pots, pans, and appliances looking dull? Check out the article below to find out how to bring back…

Kawasaki disease is a rare disorder in children. Its incidence isn't very high, but it's important that doctors know of…

Nutrition
Cross Contamination - What Is It?

Cross contamination is one of the most common causes of food-borne illnesses. But how does it happen? In today's article,…