Toxic Shock Syndrome and Tampon Use

Toxic shock syndrome is caused by bacteria that usually grow in moist environments. It can have fatal consequences if not detected in time. 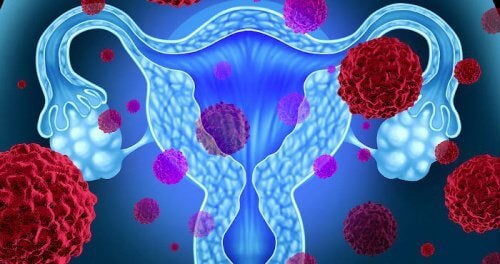 Toxic shock syndrome (TSS) is a complication caused by toxins whose proliferation is primarily linked to super-absorbent tampons.

Although it’s not that common, it has taken the lives of many women. That’s why experts don’t stop alerting and informing about it.

It’s worth noting that toxic shock syndrome became well-known after a very high-profile case involving American model Lauren Wasser, who lost a leg as a result of this condition at age 24. After that, she began a legal battle against Kotex Natural Balance.

Toxic shock syndrome (TSS) is a serious and sometimes deadly condition that bacteria such as Staphylococcus aureus and Streptococcus pyogenes produce. The abnormal growth of such bacteria produces toxins powerful enough to cause sepsis.

Microbiologist Philip Tierno and his team discovered it in the 1980s. They determined that the conditions synthetic material provided bacteria were to blame.

Many of these materials are no longer allowed for industrial use, but the disease continues to be a problem as related cases are still being reported.

It’s worth noting that TSS isn’t only related to tampon use but can also be caused by other complications, such as surgical procedures, for example.

You should also read: Clotting during Your Period: 5 Things You Should Know

Why is tampon use associated with toxic shock syndrome?

Bacteriologists and infectious disease experts suggest that, due to the absorption capacity of tampons and the way they’re placed in the vagina, the staphylococcus increase the production of toxins, which have the perfect conditions to grow. This also allows a higher oxygen concentration in the area, which increases the risk of infection.

That’s why it’s advised to use this product carefully and always choose the lowest level of absorption.

Under no circumstance should you use the same tampon for more than eight hours.

In the beginning, the patient experiences a general sense of malaise, along with a high fever, confusion, and dizziness. As it proceeds, blood pressure decreases, skin alterations appear, and vomiting and diarrhea become frequent.

Given its sudden and unexpected onset, it can lead to serious consequences. Some examples of these are liver failure, liver disease, and heart problems. Cases that aren’t treated quickly and adequately often lead to death.

The general treatment of this condition includes the administration of liquids and antibiotics capable of stopping toxin production.

Also, drugs and other measures to recover vital signs are also used, such as low blood pressure medicine, supportive therapy, and fluid recovery, among others. If the patient has an abscess, the area should be drained to remove the pus.

It’s necessary to keep the patient under medical observation. The doctor should also monitor blood pressure, breathing, and organ activity.

Although infections from tampons aren’t common, no one is exempt from them, especially if you don’t use them correctly. Thus, it’s important to take preventive measures:

Although many people state that less than half of the cases are related to tampon use, to prevent this condition, you should follow recommendations and use tampons properly.

Toxic shock syndrome is a condition that requires immediate attention. Otherwise, the consequences can be fatal. In addition, experts recommend seeking immediate medical attention if you’re experiencing symptoms of this disorder, especially if you’ve detected any of the risk factors.

7 Things You Should Know About Menstrual Cups
They're hygienic, comfortable, and inexpensive. Menstrual cups have become the perfect solution for a lot of women while menstruating. Read more »
Link copied!
Interesting Articles
Illnesses
Do You Know about the Genetic Basis of Cancer?