Tips That Will Help You Know If Someone Is Lying

During police interrogations, various methods are used to detect lies. To recognize liars, you need to follow this advice. 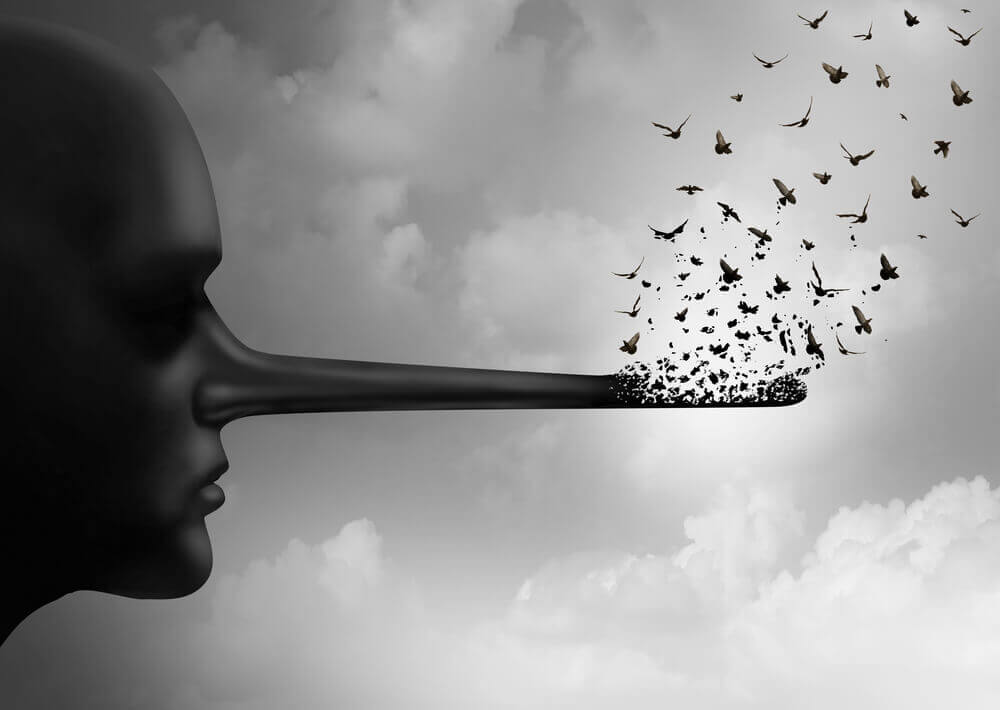 Wouldn’t it be great to have a portable lie detector and use it with anyone we want?

Unfortunately, however, that’s not the case.

What we do have, though, are our senses and “gut feelings” that let us know when someone is lying. And, of course, our attention.

Find out how to recognize a liar by reading this article.

How to tell if someone is lying

Although it might seem strange, lying is extremely common among human beings.

Even when someone is lying, they may not be doing it intentionally. Of course, there are also people who do it blatantly and that’s when it’s not so easy to realize if they are lying or not.

To begin with, you can learn by analyzing the following signs that indicate the truth is not being told:

First of all, people who tell many lies speak quickly and give more details than necessary. They do this to try to convince the person they’re lying to.

This “word vomit” may come with by excessive gestures and phrases like “To be honest,” or “I’m being completely honest with you right now”.

Microexpressions are facial expressions that may go unnoticed if we don’t pay enough attention to them. They come and go in a second.

When someone lies, they may raise their eyebrows, show lines on their forehead, or make a repetitive movement with their lips.

If we’re being honest, we often tell the same story over and over again without even changing a comma. However, when we lie, we may use other phrases that are totally opposite to each other.

For example, saying that it rained and then afterwards saying that there was a bright sun is a sign of lying.

There may also be inconsistencies between words and facial or body expressions. If somebody is talking about something sad but they’re smiling, it may be that they aren’t telling the truth.

4. Touching the nose and mouth

This is one of the most common signs of someone lying.

This is an unconscious reaction that may show that the liar is thinking, “I’ll cover my mouth because of the lies I’m telling” or “I don’t want them to look at my lips while I hide information”.

When someone compulsively touches their nose and it’s not related to a cold or allergy, it may be due to the increase of adrenaline in the nasal capillaries as a result of the anxiety or stress that’s caused by lying.

5. Having a childish attitude

In addition, talking in a childish or “sweet” voice is another signal which should put us on alert.

Believe it or not, some people have lived in a home where lies were accepted and forgiven, provided that the lies were about something “cute.”

Small children may seem adorable to us when they tell lies or when they’re up to no good, but we must be very careful if an adult does this.

Next, another way to determine if someone’s lying is by looking at their face.

On the one hand, it’s normal to move your eyes from one side to the other when you’re distracted. But beware! When you look up trying to remember something, it’s not the same as when your eyes move from left to right at full speed. This last habit could mean lying.

On the other hand, liars often avoid eye contact with the person they’re talking to or focus on a specific object behind the person who is listening.

In these cases, you should also be careful because many people who are experts in lying have practiced and learned how to look into your eyes so that you see them as an honest person.

The stress of lying can cause changes in the way you breathe, especially if the person feels guilty about their words or if they are talking under pressure.

Pay close attention to the vocal changes of the person speaking to you. A voice can be a perfect indicator of whether someone is lying or telling the truth.

Perhaps they start the conversation slower or faster than normal, their tone is sharp or that their words “tremble” when spoken. Another way to detect that someone is lying is if they’re stuttering or babbling.

It’s normal that when someone is in an uncomfortable situation, they sweat more than usual. Maybe they say “it’s very hot in here” even if the air conditioner is on or it’s winter.

Measuring how much someone sweats is one of the parameters analyzed by a lie detector or polygraph. If a person has wet hands from sweating or wet clothes, it may be because they’re not being honest with you.

The reaction and timing of responses can help you if you want to find out whether someone is lying. For example, if you ask something and they immediately respond, there’s a good chance that they’re not telling the truth. Maybe their answer is rehearsed or practiced.

Also, pay attention if they try to defend themselves continuously, if they divert questions by answering something that has nothing to do with the question and how their body changes with certain words or phrases. Be careful if they use the same words as you to answer or if they answer you with another question.

Eight Lies Happy People Refuse to Believe
Happy people life their life to the fullest because they simply live in the moment. Discover the lies they refuse to believe in our interesting article! Read more »
Link copied!
Interesting Articles
Did you know?
New Year's Traditions Around the World