The Venom of a Spider May Help Reduce Brain Damage

A group of Australian researchers led by Professor Glenn King discovered a protein that could significantly reduce the damage a stroke causes. They found the substance in a poisonous spider. 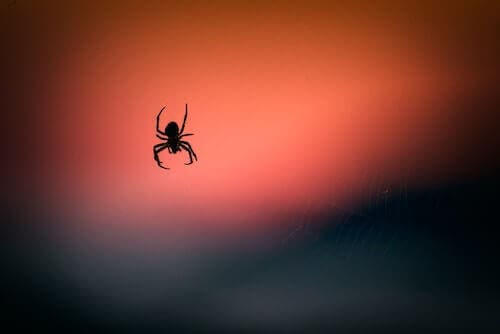 A group of researchers from the University of Queensland and Monash University casually stumbled upon a protein that could reduce stroke-related brain damage. The fascinating source of this substance turned out to be the funnel-web spider.

According to what they stated, a single dose of this protein would be enough to significantly reduce the damage a stroke causes. The substance even works up to eight hours after the event occurs.

This interesting discovery was completely coincidental. Scientists were sequencing the DNA in spider venom. Suddenly, they detected the Hi1a molecule and saw that it bore an extraordinary resemblance to a chemical compound used to protect brain cells.

This intrigued them so much that they decided to synthesize the compound and test it. Thus, the researchers collected spiders on Fraser Island, on the south coast of Queensland (Australia), and took them to the laboratory. There, they advanced the procedures to release their venom.

After that, they filtered the protein they had previously found to create a version of it in the lab. Then, they injected a group of mice that had had a stroke two hours before. The compound reduced brain damage by 80%.

The spider that reduces brain damage

The technical name for the funnel-web spider is Atrax robustus. However, it’s also known as the Sidney spider or the Sidney tarantula. It’s considered one of the three deadliest spiders on the entire planet. Males measure between 1.8 and 2.75 inches, while females between 2.3 and 2.75 inches.

They live on the east coast of Australia and have large sacks of poison on their bodies. They’re bluish-black or bright brown and have silky hairs on their abdomen. In addition, their legs are shiny and they have rows of teeth in the furrow of the tusk and in the claws.

This spider weaves long webs of between 7 and 23 inches, which look like a “Y” or a “T”. This is why it’s called the funnel-web spider. They were responsible for 13 deaths in Australia, which were documented in the 20th century.

Read on to learn more: Insomnia Increases the Risk of Heart Attack and Stroke

The protein scientists found is named Hi1A. It has a unique property against stroke: it blocks ion channels that are sensitive to acid in the brain. Those structures are decisive in these cases.

We should note that, when a stroke occurs, the affected person suffers from a lack of brain oxygenation. This makes their body start consuming glucose in a very different way than it normally would. This helps it get the fuel it needs to keep the brain working.

However, this process also has other effects. The main effect among them is the production of acid, which could cause brain cell death. The Hi1A protein acts as a kind of shield that prevents this damage from occurring.

This article may interest you: First Aid for Strokes

Experts estimate that approximately six million people die from a stroke every year. Another five million affected patients suffer from permanent consequences for the same reason. As you can see, this new treatment has amazing potential.

Scientists are currently conducting tests to establish whether the substance is safe in humans. If so, it could become the first treatment to be applied after a stroke. It could be administered in the ambulance or as soon as the patient arrives at the hospital.

The researchers expect to conduct the first human the following year. At present, the researchers are still raising the necessary funds to complete the process. If all goes well, the product may likely be massively commercialized in the coming years.

11 Daily Habits that Damage the Brain
Here are some habits that damage the brain. Be careful to avoid them! Click on the article to find out precisely what to avoid and how. Read more »
Link copied!
Interesting Articles
Treatments
Myths about Breast Surgery