The Symptoms of Menopause

The symptoms of menopause vary from one woman to another. In most cases, these signs are addressed with simple methods that are effective. Only on rare occasions is specialized medical intervention necessary for its management. 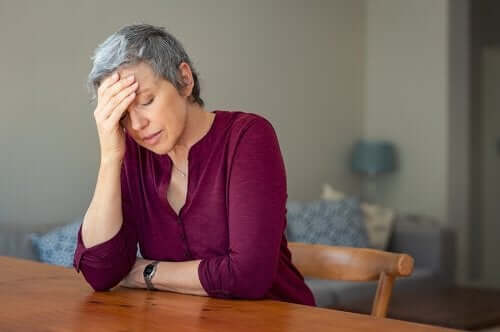 The symptoms of menopause are bothersome for many women but can be approached with relatively simple measures. Its signs and intensity vary from one woman to another, so you can’t generalize the way you treat them.

The usual thing is that menopause is the result of the normal aging of the body. However, it can also occur as a result of some disease or medical treatment. In those cases, it can take place long before the typical age.

The symptoms of menopause appear basically due to the progressive absence of estrogen. This hormone is used for different parts of the body and, therefore, decreasing it causes symptoms that can be annoying. However, in most cases, such symptoms are treatable.

Menopause is a biological process in women, which takes place between 45 and 55 years of age. The most common age is 51. It is a hormonal transformation in the female body.

Menopause begins when the ovaries stop producing estrogen while decreasing the production of other reproductive hormones such as progesterone, among others. This modification makes the menstrual period stop and it’s no longer possible to have children.

Obviously, all these transformations give rise to the symptoms of menopause. They not only influence the changes that occur in the body, but also the lifestyle. In particular, smoking and a sedentary lifestyle make such symptoms to be more severe.

Read this article too: Hot Flashes in Menopause: What to Do About Them

Menopause is basically composed of three stages: premenopause, perimenopause and postmenopause. Let’s see in detail what each of them consists of:

The main symptom of menopause is an irregularity in menstruation. It loses its pattern and also its usual characteristics. It may disappear for a while and then return. Bleeding patterns also tend to change.

Other symptoms of menopause are the following:

Check out this article: Symptoms of Ovarian Pain During Menopause

Other symptoms of menopause

It’s common for women to have mood swings during menopause. Although there’s no certainty about it, everything indicates that this is due to the impact caused by this aging sign. This increases the fear of the possibility of getting sick or leads to thinking about death.

Body changes also generate instability in individual identity. Several feminine features become less pronounced and this leads to confusion. Also, this stage usually coincides with children leaving and the loss of loved ones such as parents.

It’s also normal that there is a decrease in sexual desire, precisely because all these changes are sometimes perceived as overwhelming or because there is pain during intercourse.

If these symptoms are very marked, it’s recommended to go to a psychologist to build up a healthier perspective to face this new stage of life.

Early Menopause Increases the Risk of Dementia
Did you know that early menopause may be related to dementia? Several studies have been carried out on the subject. Read more »
Link copied!
Interesting Articles
Health
Gastric Protectors and Antacids: How Are They Different?