The Relationship Between Coffee and Heart Attacks

There's a relationship between drinking coffee and heart attacks, but whether this relationship is positive or negative is still open for debate. Apparently, the way in which we prepare and consume it is key when it comes to its cardiovascular effect. 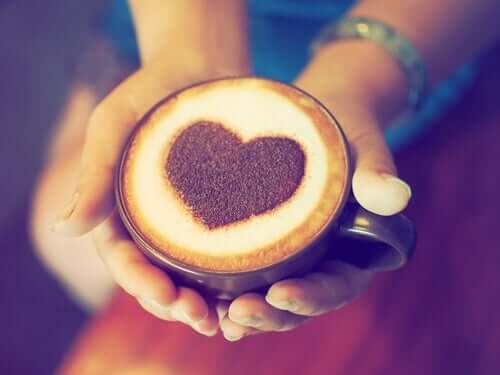 There’s a link between coffee and heart attacks, but scientific studies on the subject differ. For some researchers, its consumption ameliorates cardiovascular function, and for others, it improves it.

Coffee occupies an important place among world drinks. People drink it almost everywhere on the planet and, for some, it’s a habit that goes beyond their morning breakfast. Oftentimes, coffee is about socializing, an excuse to meet and chat.

Thus, its effect on health is of interest to us all. There are so many consumers that should improve their coffee drinking habits when there’s a real risk to their well-being.

In general, coffee has a bad rap due to the link between caffeine and cardiovascular risk. Furthermore, it’s common for patients who’ve had heart attacks to quit drinking coffee on their own, and not to follow medical instructions.

It used to be an established fact that caffeine was the substance to study when it came to coffee consumption and heart attacks. It made them realize that many other drinks also contain it, such as certain energizing ones. However, a Swedish scientific study revealed that coffee is only a problem depending on the way we consume it and not necessarily due to its caffeine.

How we drink coffee influences the risk of heart attacks

A study group at Göteborgs Universitet (University of Gothenburg) researched the differences between the cardiac effects of various forms of coffee preparation. It’s interesting how each modality affects the mortality of the groups they studied.

According to this study, the filter is the main determinant of the relationship between coffee preparation and heart attacks. Filtering the coffee keeps the substances that lead to unwanted effects away from the body.

These substances are capable of increasing LDL cholesterol levels, increasing and altering the heart rate. All three are bad for the heart and arteries. It’s even worse if the individual in question has other health concerns such as obesity or a higher risk pathology such as diabetes.

According to researchers in Sweden, unfiltered coffee contains 30 times more toxic substances than filtered. This difference can be significant in terms of health.

Read on How Much Coffee Should You Have Daily?

Contrary to the results of the Swedish researchers, some meta-analyses advocate the use of coffee as a cardiac protector, rather than considering it a risk factor. In fact, it was part of the cardiac health recommendations of the past decade.

A meta-analysis published in the Journal of the American College of Cardiology found no relationship between coffee consumption and heart attacks. On the contrary, the effects that emerged from the review revealed benefits.

The analyzed subjects who drank up to 4 cups of coffee daily had an 18% lower risk of dying earlier. In conclusion, regular and moderate coffee drinkers had higher chances of living a healthier life.

The explanation could be in the antioxidants contained in coffee, the same we ingest along with the caffeine. These substances are important for cellular aging since they block the internal toxins human beings produce by the mere fact of being alive.

Caffeine increases the production of cortisol (the stress hormone) in the body, as humans release it to increase their defense response and stay alert.

The heart rate increases when there’s excess cortisol. Thus, the blood pressure rises slightly. Neither situation is desirable in a heart patient, nor in someone with high cardiovascular risk.

Regular drinkers get used to these slightly increased cortisol levels. The elevation of blood pressure isn’t significant and doesn’t appear to increase cardiac pumping. Anyway, people who think coffee is bad for their health avoid drinking it for this reason.

It isn’t clear that coffee consumption leads to heart attacks due to cortisol, but research is ongoing. For instance, keeping the levels of this hormone in check is one of the therapeutic hopes against high blood pressure.

Should we consume coffee?

In conclusion, we can drink coffee if we like it. As with everything in life, moderation is key to avoid possible adverse effects.

It’s important that you understand that drinking coffee alone doesn’t lead to heart attacks. Other factors such as diet and activity also play a role in cardiovascular health. It’s the healthy habits that, ultimately, keep us in good overall shape.

7 Tips for a Healthy Heart
Keeping a healthy heart is essential for your enjoyment of life. Learn some of the best tips for maintaining cardiovascular health here. Read more »
Link copied!
Interesting Articles
Healthy habits
The Health Effects of Solar Radiation

The sun is the closest star to Earth and has been the subject of dreams, poetry, and many scientific studies.…

Healthy habits
The Importance of Incorporating Dessert Into Your Diet

We're going to tell you about the importance of incorporating dessert into your diet. However, it's vital to make a…

Solar erythema is the typical sunburn that you suffer when you're subjected to ultraviolet radiation for a long time. In…

If you don't keep your makeup bag clean, countless bacteria can accumulate that are capable of causing various infections. This…

Postural hygiene refers to a series of recommendations to avoid back pain, with adequate protection of the spine. This group of bones is vitally important for everyday life. People tend…

Nutrition
How a Man's Diet Impacts His Quality of Sperm

Fertility is directly related to diet and lifestyle. The consumption of toxins, alcohol, and an inadequate diet can all influence…