The Morning After Pill: Everything You Need to Know

Have you heard of the morning after pill? Learn all about it and the myths and truths surrounding it in this article. 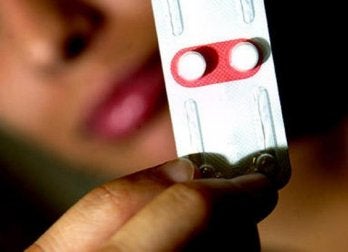 The morning after pill has become more popular with time, although not everyone knows the details about it.

Every morning or afternoon in any part of the world, a woman is taking one of these pills. The goal of taking it is avoiding an unwanted pregnancy because some mistake put her at risk.

All of the faith of thousands of teens and adults rests in the hands of the morning after pill. It’s a contraception method defined by those that have used it as “savior.” It’s certain that after getting it and taking it, many women get the color back in their face. They’re tranquil again and can continue with their life as if nothing happened.

In the majority of cases, the information that women have about it is that it prevents unwanted pregnancy. Generally, this is all they know about its functions. Sometimes, they use this pill so they don’t have to be responsible with their actions during intercourse. Therefore, it’s necessary to know all of the functions of the morning after pill to make sure you use it correctly.

Keys to the Morning After Pill

How Do Couples Overcome Infidelity?

The Morning After Pill’s Function

You’ll get a bottle with one or two pills for you to take every 12 hours. What it does is inhibit fertilization. If the woman is in the first cycle of menstruation, then it inhibits ovulation. If an egg has already been released, it acts as a barrier so that it doesn’t read the uterus and combine with sperm.

Does It Have Abortive Effects?

In the case of a previously existing pregnancy, the morning after pill will not cause an abortion. It’s flawed and incorrect that some people say it’s abortive. Similarly, if fertilization does occur after taking the pill, the fetus will not be affected. There aren’t risks of defects or other developmental defects for the baby. This is simply one of the other false conceptions circling about the morning after pill.

3 Reasons to Get a Pap Smear

Side Effects of the Morning After Pill

The side effects from the morning after pill are much lighter than those from previously used emergency contraceptive methods. Just like the other ones, it can cause nausea and vomiting. If the symptoms are abundant within a few hours from taking it, you should consult a doctor immediately. You may need a new dose to ensure pregnancy prevention.

The World Health Organization (WHO) authorizes and promotes this contraceptive method. You can find it in hospitals or pharmacies without a prescription or seeing a doctor. Keep in mind that the regular use of this drug can cause heart damage.

All women could need it at any point in their lives. Sexual assault victims, missing a birth control pill on accident, and not using proper protection could all lead to needing the morning after pill. Remember that after taking it, it’s important to keep taking your normal birth control.

Contraceptive Methods: Know the Myths and Truths About Them
We have all heard lots of information about contraceptive methods. It is important to know what is myth and what is fact in relation to the different methods available. Read more »
Link copied!
Interesting Articles
Did you know?
New Year's Traditions Around the World