The Key Concepts of Cryptosporidiosis

Cryptosporidiosis doesn’t cause severe effects in those with a healthy immune system. However, it can be fatal in immunosuppressed patients or in children under two. 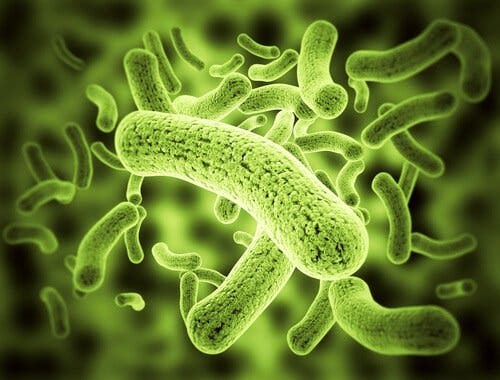 Cryptosporidiosis is a parasitic disease. The first case of cryptosporidiosis was reported in 1972. However, it was only formally described in 1976 by F.A. Nime, J.D. Burek, and others. Since then, many medical professionals have studied it, as it’s considered an emerging disease.

This disease affects both humans and other animal species, including birds for regular consumption. During the 1970s, experts discovered that cryptosporidiosis can lead to the death of AIDS patients. This attracted the attention of other experts.

However, the true wave of studies on this disease began in 1993. That year, there was an outbreak in Wisconsin. This alerted society and governments to the serious potential danger of cryptosporidiosis.

As of today, experts collected a significant amount of data and knowledge on the disease. In this regard, some concepts are of particular relevance. Those are the ones we’ll share below. Read on to discover them!

Cryptosporidiosis is caused by a parasite

A parasite called Cryptosporidium is called cryptosporidiosis. As of yet, experts have described 22 species. However, nowadays, experts consider that there are actually only 13.

Experts have established that the parasite penetrates the intestinal cells of the host. Nevertheless, the exact mechanisms they use to invade them are still unknown. What they do know is that it doesn’t need to invade cells to complete its biological cycle.

When the oocysts of the parasite inhabit a host, they gradually begin to invade the epithelial cells of the small intestine or the respiratory tree. Then, they begin successive asexual and sexual reproduction phases. After that, the organism expels them through stools. From there, contagion can occur.

You should definitely read: What to Do if Your Children Have Intestinal Parasites

The parasite can infect many mammals, including calves and piglets. In humans, transmission occurs from person to person or from animal to person via the fecal-oral route. At a massive level, contagion occurs through contaminated water.

Cryptosporidiosis is basically transmitted through animal or human feces. These feces are carriers of the oocysts. In turn, these oocysts contaminate food and/or water. Evidence indicates that oocysts are extremely resistant to standard water purification methods.

The potential for contagion is very high, mainly when it occurs through contaminated water. 400,000 people were infected in the Wisconsin outbreak. In turn, a study that experts conducted in the United States indicated that the parasite is in 90% of wastewater or blackwater, 75% of river water, and 28% of drinking water.

The immune response is variable

Immunocompetent organisms, that is, those with fully functional immune systems, aren’t severely affected by cryptosporidiosis. They respond appropriately and leave strong immunity to reinfection.

On the other hand, if the patient has lymphocyte or gamma globulin deficiencies, they may suffer serious or chronic infections. Age and nutritional status also play a role. The most serious cases usually occur in children under two. Also, diarrhea caused by cryptosporidiosis is a very serious problem in AIDS patients.

Specialized diagnosis is the most reliable

Routine stool tests are often unreliable for diagnosing cryptosporidiosis. This is because the expulsion of the oocysts is intermittent and several fecal samples would be needed to corroborate their presence.

The most indicated diagnostic technique is the microscopic examination of stools. These include phase-contrast microscopy or with staining, using techniques such as Ziehl-Neelsen or Kinyoun. Also, medical professionals also resort to immunofluorescence microscopy.

Likewise, it’s a good idea to carry out an enzyme immunoassay to detect Cryptosporidium antigen in stools. Occasionally, medical professionals also request an intestinal biopsy to establish the diagnosis.

Read on to learn more: Natural Remedies that May Help Eliminate Parasites

The best way to fight the disease is to prevent it

The best preventive measure to avoid cryptosporidiosis is washing your hands with running water and soap. You should do this when you’re making food, before eating, when you get home after going out, after peeing or pooping, and after being in contact with animals.

Also, you should avoid contact with human or animal stool or apply extreme hygienic care in case you do come into contact with it. Likewise, it’s also important to avoid consuming non-potable water. Maintaining hygienic measures is essential.

Link copied!
Interesting Articles
Medication
What Does Science Say About Opioids and Opiates?