The Human Genome Project was an initiative by the international scientific community to completely decipher the genome of human beings. In this article, we'll tell you more about it and its implications for health. 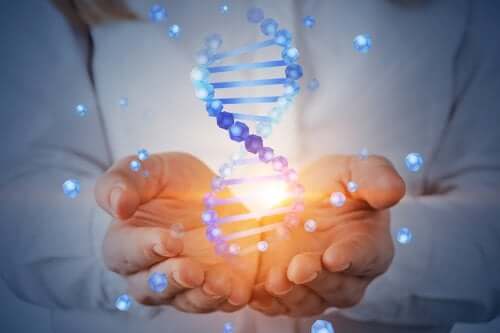 The Human Genome Project began in 1990. Scientists initially planned for it to span 15 years. However, the information was obtained before 15 years had passed. In 2003, the group of researchers in charge of the project declared that they had completely deciphered the human genome.

You could catalog this initiative as the biggest research project in history. The project’s budget and the number of diverse countries involved make it a one-of-a-kind historic event.

By the formation of a public international consortium consisting of the United States, Japan, China, France, the United Kingdom, Germany, and other countries, the research project was executed. The initial budget was $3 billion.

In addition to the scientific initiative and knowledge implicated, the development of bioinformatics made the Human Genome Project possible. Thanks to advances in the processing of biological information using computers able to assemble millions of DNA (deoxyribonucleic acid) data, it was able to come to fruition.

In summary, the objectives of the Human Genome Project were:

Repercussions of the Human Genome Project

Obtaining all of the genetic information of our species has huge implications for humanity, both at the scientific and ethical levels. Also, we can’t forget the legal repercussions of obtaining such information.

In scientific terms, the information contained in DNA is extremely valuable. It opens the door to curing diseases that were previously thought untreatable. There is even a space for disease prevention, in genetic terms, acting before the disease manifests.

From an ethical standpoint, experts have suggested the matter of genetic manipulation. If the human race knows all of their information from DNA, then we will be able to modify ourselves through artificial processes. The lines between what is natural and what is artificial disappear. It is powerful knowledge that entities can use for good or bad.

Finally, from a legal perspective, the legislative repercussions are interesting. Many believe governments should pass laws that regulate the use of information obtained from the Human Genome Project. The DNA of each human being could be cause for discrimination since it is possible to know beforehand who will have disabilities or disorders soon.

In the world of medicine, the Human Genome Project is big news. The possibilities for it to have an impact on situations whose cause was previously a mystery are fabulous. We’ll discuss its most relevant applications up to the present:

Keep learning: 5 of the Rare Cancers You Should Know About

Since the beginning of the Human Genome Project, many writers have warned that we are dealing with a double-edged sword. In the same way, it is a scientific marvel, it could also be a bridge towards depraved actions on the part of businesses and individuals.

Only in the United States has a large portion of the project’s budget gone to paying for scientific studies on the ethical concerns regarding the human genome. We can intuitively know, then, that the concerns do exist.

Knowing the entirety of the genetic information of the human species and developing techniques to manipulate it could become the norm. That is to say, it could approach defining what is and is not a genetically normal human, running the risk of declaring some people non-human.

Insurance companies could also access the information and deny coverage to people with a genetically greater risk of becoming ill in the future. Additionally, companies could use it to deny employment to individuals based on the same logic. They could even use it to deny access to education under the premise that a young person is not genetically fit for certain roles.

The world of genetics has ushered in a new era. Like every scientific advancement in the past and now, it should be managed with clear rules and a good dose of humanity. We shouldn’t turn the Human Genome Project into big business. It should be an opportunity to make us even more human.

What are Gene Mutations?
Gene mutations don’t always cause diseases. Sometimes, the change in DNA doesn’t manifest itself in an alteration that affects a person’s life. Read more »
Link copied!
Interesting Articles
Anatomy and physiology
Cold Intolerance - Why Are Some People More Sensitive?