The Habits of a Self-destructive Person 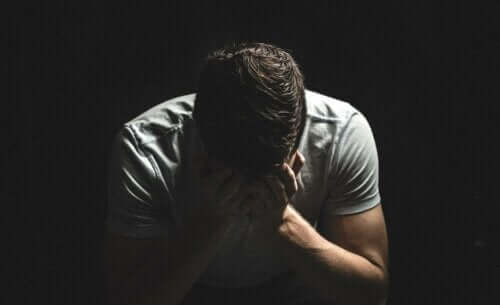 Self-destructive people tend to create a very harmful lifestyle for themselves. Often, these behaviors include abusive relationships, self-harming tendencies, impulsivity, procrastination, self-sabotaging, and drug consumption, among others.

In many situations, these behaviors can be explained by an underlying psychiatric disorder. Conditions like borderline personality disorder or even schizophrenia, for example, present this trait.

However, it’s important to mention that not all self-destructive people have a psychiatric problem. Teenagers or people that have suffered from childhood neglect or physical abuse can present atypical behavior.

However, the relief they find offers short-term pleasure and, ultimately, these practices make it more difficult to lead a fulfilling and satisfactory life.

What does it mean to be a self-destructive person?

Self-destructive behavior usually is a symptom of other underlying psychological trauma. Generally speaking, they hide some kind of trauma behind them. This a painful reality that often breaks the person’s internal balance from very early on.

After that, instead of dealing with the lived situation, what they do is adopt a series of behaviors that clearly hurt them.

They look to channel their accumulated suffering, the anger that doesn’t go away, the sadness that persists, and that anguish that becomes mixed with frustration.

The self-destructive person feels that their whole world is out of control. However, and amongst this psychological chaos, one way they’re able to feel in control is by falling into damaging behaviors.

An example of this is self-harming, which is very common among young people between 12 and 18 years old. Hurting themselves alleviates some of the emotional pain and the sensation that they are in control of the pain.

You may also be interested in: Teach Your Children How to Control Their Emotions

Self-destructive people never consider their own well-being. They’re biased towards chaos, towards searching for a form of pain to silence another form of pain: a more internal, deeper pain.

For example, people that drink alcohol as a form of escape, whilst fully aware that this habit will end up destroying them, don’t do anything to avoid drifting into that abyss.

With that in mind, let’s take a look at the habits of self-destructive people.

A tendency towards forced incompetence

When it comes to doing any task or project, self-destructive people concentrate all their attention on their own limitations, on their (supposed) incompetence, and their failures. They’ll inflate all of their insecurities and shortcomings to demonstrate to the world and themselves that they’re useless.

They don’t put the effort in, they abandon tasks early, they resort to playing the victim and to the negativity that impregnates each aspect of their lives.

Similarly, they constantly talk themselves down and feed their self-fulfilling prophecy bias. By this, we mean that everything bad that they say will happen, happens because they cause it themselves.

Self-destructive people are void of motivation and are passive in any situation, adversity, or opportunity that they find themselves in, or in any circumstance in which they need to act.

They cut and run, and don’t take responsibility for anything. They resort to playing the victim.

All of those people that are profoundly suffering and constantly on the edge; who carry with them trauma or a past of abuse, for example, can easily fall into self-destruction. However, on this path of suffering, they don’t hesitate in projecting this internal unease onto everyone around them.

Platonic relationships don’t last long; partners come and go, and generally, bring more pain than happiness. They’re not easy people to get along with because of their highs and lows, and they struggle to create trustful bonds: the pain is, often, a double-edged sword that hurts everyone around them.

A self-destructive person’s emotional universe is broken, chaotic, and unpredictable. They have a large number of negative emotions living in them: hate, grief, anger, sadness, fear, blame, and embarrassment.

These act like steam from a pressure cooker: they need to come out one way or another, but when they do, they take the form of violent or angry outbursts.

Studies, like those published in Violent Adolescents magazine by doctor Andrea Scherzer state that in reality, it’s more common in adolescents.

Self-destructive people have a negative reaction to receiving help

A common trait in this kind of person is absolute negativity to receiving help. They deny the support of family and friends, and what’s worse, professional intervention.

You may also be interested in: Types and Treatment for Behavioral Addiction

The first step to treating self-destructive behavior is all about the self-awareness of the individual. Understanding that these behaviors cause and solve nothing, other than more stress, is essential.

To conclude, all of these psychological disorders must be treated by psychological specialists. Destructive habits can sometimes lead to harmful thoughts and behavior, and this is something we should all work to prevent.

How to Live Serenely
Everyone longs for a calm existence, we all want to live serenely. However, is it possible? Learn more with us! Read more »
Link copied!
Interesting Articles
Healthy habits
Ways to Prevent Falls in the Elderly