The Differences between Odynophagia and Dysphagia

Although odynophagia and dysphagia are two terms that people tend to confuse, each one refers to a different specific problem. 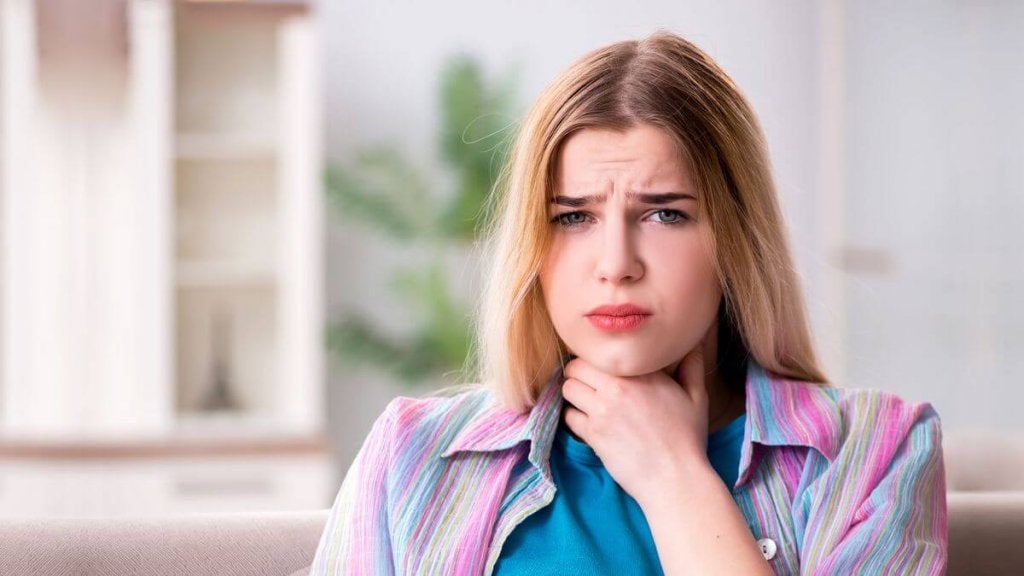 Odynophagia and dysphagia refer to a series of food intake-related problems. However, these two concepts have a few differences that we’ll discuss today throughout this article.

Firstly, we’ll discuss the concept of odynophagia. As the study Gastroesophageal reflux disease correctly points out, it refers to the pain that occurs when people swallow (solid foods, liquids, or saliva). Some of its characteristics are:

Odynophagia usually manifests as a consequence of diseases such as pharyngitis, tonsillitis, or other infections that can affect the throat area. However, once the cause of the odynophagia resolves, it disappears.

This doesn’t happen in other situations, in which this painful swallowing becomes chronic. It may be a warning sign of a major problem. For example, an ulcer.

However, before worrying about all of this in vain, if you have any of the symptoms we mentioned above, then you should see your doctor to rule out any problems. In addition, this way, you’ll also be able to start an appropriate treatment to solve the problem.

You may like this article: Learn All about Swallowing Disorders

Now that you know a little more about odynophagia, we’re going to address dysphagia. In this case, dysphagia is difficulty swallowing both solid and liquid foods.

In fact, foods stop their journey before reaching the throat due to the fact that they can’t pass it through it. Sometimes, patients with dysphagia can have trouble chewing food, forming what’s commonly called a “ball” or “bolus”.

Some of the symptoms of dysphagia coincide with those of odynophagia:

Some of the causes of dysphagia are achalasia (a rare disease that affects the esophagus), esophagitis (that may be related to a food allergy), or the presence of tumors in the area.

Also, when you go to your doctor with these symptoms, the first thing they’ll do is check that no foreign bodies are causing the dysphagia. In some situations, a piece of food may be the cause of this unpleasant problem.

How to prevent odynophagia and dysphagia

Now that you’ve seen the differences between odynophagia and dysphagia, even though one may be a symptom of the other, it’s important to know how to prevent them.

For this, experts recommend chewing food well and avoid ingesting overly large pieces of food that are hard to swallow. You also need to have good habits in order to stay as healthy as possible and avoid pharyngitis or other infections that could cause this condition.

Finally, you can’t forget the importance of seeing your doctor regularly to verify that everything is fine. Early detection of an ulcer, gastroesophageal reflux, or cancer can help make sure you don’t suffer from odynophagia and dysphagia for a long time.