The Characteristics of Sertraline

In general, the nature and incidence of adverse reactions caused by Sertraline in all its indications are similar, regardless of the patient's age. 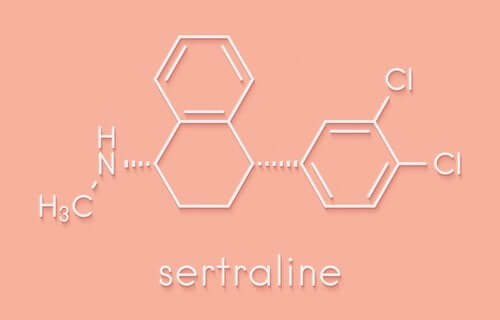 Sertraline is a drug belonging to the family of antidepressants and people mainly use it for treating depression. It falls under the group of selective serotonin reuptake inhibitors, we’ll see more about them throughout this article. Find out about the characteristics of Sertraline in this article.

In addition to their antidepressant effects, these are also effective in the treatment of various medical conditions such as anxiety, obsessive-compulsive disorder, and even phobia, among others.

Also, the laboratory originally responsible for the commercialization of this substance was the American pharmaceutical company, Pfizer. They launched it in 1991.

Advantages of Sertraline over other antidepressants

The differences between Sertraline and other newer antidepressants are too substantial. One of the main disadvantages of the drug is that it produces fewer side effects.

Evidence from different research suggests that this drug may work better than fluoxetine in some types of depression.

In addition, studies show that when using it for episodes of panic and phobia, the drug reduces their incidence and improves a person’s quality of life.

As depression is the main indicator of this medication we’ll focus on explaining what it is. In this regard, depression is an emotional disorder that involves a constant feeling of sadness and a significant loss of interest in any activity.

Regarding the origin of the disease, the main cause is an alteration of neurotransmitters in the central nervous system. That is except in some cases in which the depression has to do with other diseases, such as Parkinson’s disease.

The neurotransmitter with the most involvement in the development of depression is serotonin.

Some researchers consider that serotonin is the chemical responsible for maintaining mood balance. Thus, a serotonin deficit leads to depressive states.

However, there are also other neurotransmitters such as norepinephrine and dopamine that, by modifying their levels, promote the onset of this mood disorder.

However, it’s usually the product of the interaction of different:

Read also: How to overcome depression for an infidelity

How does Sertraline exert its effect on the body?

As you know, Sertraline is a serotonin reuptake inhibitor. In addition, it’s highly selective and has minimal effects on the reuptake of norepinephrine, unlike many tricyclic antidepressants.

In other words, serotonin, like other neurotransmitters, is secreted by a neuron to bind with the membrane receptors of another adjacent neuron and trigger an effect.

Then, it’s released from this receptor and some molecules return to the neuron that previously secreted it by a reuptake process. So, it’s in this process that Sertraline exerts its effect by inhibiting it. Thus, serotonin is not recaptured and increases its concentration in the presynaptic space between one neuron and another.

With more serotonin, it can rejoin the neuron membrane receptors and trigger a greater effect.

In addition, as we’ve seen, it has a low affinity for other types of biogenic amines receptors, such as norepinephrine. This fact would explain that it has fewer adverse effects than other serotonin reuptake inhibitor drugs.

Discover: 5 Risk Factors that Can Lead to Depression

In general, the nature and incidence of adverse reactions caused by sertraline in all its indications are similar, regardless of the patient’s age.

The most common adverse effects are those that occur in the gastrointestinal tract, including any of the following:

Always follow your doctor’s instructions and consult with them or a pharmacist with any doubts you might have about an illness or prescribed treatment.