The 5 Most Common Signs of Autism

The main consequence of autism is the inability to communicate and develop social relationships. It’s best for a specialized physician to first diagnose the problem so that then you can find a solution. 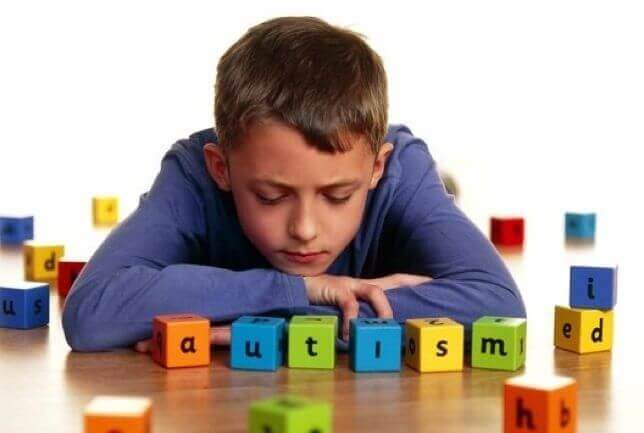 Autism is a neurobiological development disorder also known as autism spectrum disorder (ASD). Signs of autism usually manifest themselves in the first three years of life and last for their entire life.

The main consequence of autism is the inability to communicate and develop social relationships. However, depending on the severity of the condition, it could be that development problems are milder or stronger. Types of childhood autism are:

This disorder and its variants are diagnosed in 1 in every 68 individuals, and 1 in every 42 boys (it’s much more common in boys than girls). Actually, it’s more common than cancer, diabetes or AIDS.

Generally, it’s the parents who realize this, when they begin to observe strange behaviour in their children. Their children may have problems with communication and a loss of skills.

It’s very difficult for a parent to find out that your child has been diagnosed with autism. After all, imagine the concern, despair and helplessness of not being able to do anything about it.

That’s why immediate medical care is essential to get the most out of therapies or existing treatments which can help the child to carry on in life as normal as possible with regard to their development.

Because of this, at Step to Health, we have decided to make a small list of the most common signs of autism so that any father or mother can know if they need to go to a specialist for the health of their son or daughter.

1. Repetitive behaviour and attachment to objects

This is one of the key signs to know that a child is not acting their age. They seem immersed in their own world and tend to organize and reorganize things forward and back, over and over again for a long time.

Attachment to things or objects is common. Wherever they want to go, they always carry something which they consider important for them and if someone else touches it they react disproportionately.

Empathy is that part of our character which allows us to put ourselves in the shoes of others. It allows us think about how they feel and what they are going through. This is one of the aspects that people with autism spectrum disorder lack.

They are unable to feel empathy for another person and this makes it difficult in high level social skills, behaviour and social integration, creating almost zero interpersonal relationships.

3. Little or great sensitivity to sounds

Some of these individuals are highly sensitive to external stimuli such as sound. When this happens, the child begins to scream, jump, run and cover their ears repeating nonsense words to calm down. Thus, stressful situations or conflicts can affect them three times over, because they can’t handle them.

On the contrary, there are others who do not respond to these stimuli, and when you call them by their names they don’t respond, as if they don’t hear. Similarly, they may not even turn to see where the sound comes from, nor are they surprised by loud noises.

Some children who are diagnosed with autism do not properly develop speech, so that it’s difficult for them in any kind of language, be it oral, written, or sign.

They lose themselves in their world and are unable to say what ails them or is annoying them. There are therapies for language development in children who suffer from this disorder. It’s best for a specialized physician to first diagnose the problem so that then you can find a solution.

You must understand that an infant with normal neurobiological development cannot even deal with or handle uncomfortable situations of stress or anger. Now imagine for a second how it would be for someone who suffers from autism.

They get angry very often and about anything and it’s very difficult to calm them down. Their condition does allow them to correctly understand what is happening around them and they tend to change rapidly, so it requires very careful treatment.

Childhood Influences the Development of Personality
The relationship that children at a young age have with their parents is determinant in the development of personality and their relationships with others in the future Read more »
Link copied!
Interesting Articles
Illnesses
Gilbert's Syndrome: Symptoms and Treatment