The 5 Most Common Insect Bites and How to Treat Them

It's not easy to avoid insect bites. However, the silver lining is that there are different ways to treat them and relieve your discomfort. Read on to learn more. 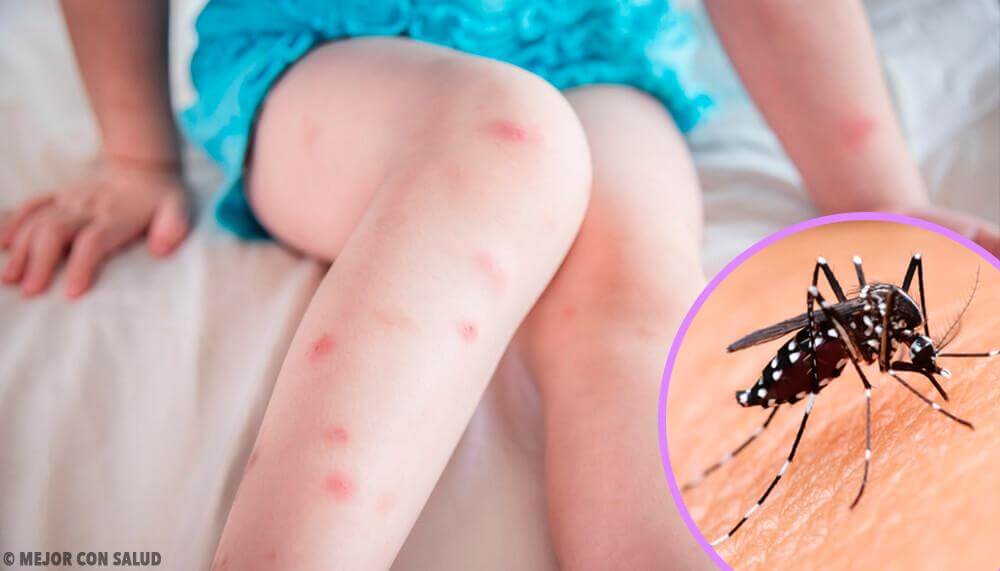 Insect bites are annoying and almost inevitable injuries caused by countless types of insects. They mostly happen during the spring and summer and can leave your skin itchy and swollen.

Unfortunately, they’re not easy to avoid because there are insects in almost all climates, seasons, and places.

Insects usually bite when you’re asleep and in somewhat warm and wet nights. The itch that you feel as a result of these insect bites on your skin is usually unavoidable, but not life-threatening.

It’s common sense that an insect bite caused by a mosquito isn’t like the ones caused by more harmful insects, like a tick.

There is a lot of publicity and several products out there that claim to be the solution to this problem, but this isn’t true. Although proper household hygiene, sealed water containers, and periodic fumigations help minimize this annoyance, we’re still far from eradicating insect bites and we think that it’s frankly impossible.

In this article, we’ll talk about the 5 most common insect bites and how to treat them. This guide will help you when you get bitten, so you can act depending on what you consider appropriate.

5 Most Common Insect Bites and How to Treat Them

All insect bites may seem similar, but they’re not.

This fascinating and super important insect is really feared among humans. Beekeepers even protect themselves before gathering honey.

Bee stings are sharp and moderate in pain, and are generally accompanied by swelling and, in cases of allergies, they may require specialized medical help.

Want to know more? Read: How to Get Rid of Insects in Your House

These bites are less common in urban environments. However, this doesn’t mean they don’t happen. In fact, at home, offices, shopping malls, and many businesses (especially restaurants), these insects are attracted to sweet and tempting smells that are often similar to those found in nature.

However, when you get bitten by a wasp because you inadvertently invaded its territory, your skin may swell up a lot. Remember that wasps are different from bees because they can bite several times.

As incredible as it may seem, the truth is that these bites are extremely common, but they usually don’t present a health risk.

Mosquitoes have tubular mouthparts they use to drink your blood, causing a small red bump that usually disappears in a few hours or days, depending on the intensity, repetition, kind of insect, and your body’s reaction.

You should bear in mind that there are certain mosquitoes that leave you with more than just a bite. Dengue, chikungunya, malaria, and yellow fever are some diseases they can also leave you with.

These bites are fairly common. Fleas and bedbugs are really peculiar insects that can still bite you even if you’re wearing clothes.

They can bite repeatedly through your clothes until they reach your skin. The saliva and bacteria they contain, along with the urge to scratch, is what worsens everything and leaves marks in the form of small red bumps.

Take a look at this article: Homemade Remedies to Fight Off Fleas

Admit it: how many times have you been bitten by these small insects? If the answer is “So many that I’ve lost count,” don’t worry. This is absolutely normal. Ants can bite you anywhere, no matter if you’re walking barefoot through the garden on a spring morning or inside your home.

The wounds they leave aren’t threatening and most of them are caused by fire ants. Their bites leave small red bumps that cause swelling and, except in certain conditions, it all ends there.

Treatment for insect bites is usually localized and fairly generic. You have to apply ointments, creams and, if necessary, bactericides to neutralize and eliminate bactericidal agents that may harm you.

Repel Insects at Home without Toxic Chemicals
Are you tired of inhaling toxic chemicals used to get rid of insects in your home? Discover these natural ingredients that can be used to repel insects. Read more »
Link copied!
Interesting Articles
Did you know?
New Year's Traditions Around the World