Telomeres - What Are They For?

Human aging is a complex process that science is still trying to understand. The length of the telomeres is one of its indicators as they're the region of repetitive nucleotide sequences at each end of a chromosome. 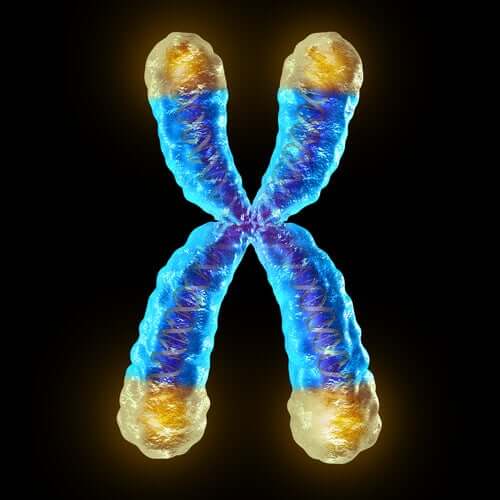 Telomeres are the region of repetitive nucleotide sequences at each end of a chromosome and one of the most fascinating topics of current science. We believe they contain the answers about complex and enigmatic processes such as aging, cancer, and death.

In the 1930s Hermann Joseph Muller, in the company of Barbara McClintock, discovered telomeres. In fact, it earned them a Nobel Prize. Then, in 2009, researchers Elizabeth H. Blackburn, Carol W. Greider, and Jack W. Szostak received another Nobel Prize in Physiology or Medicine due to their research on the same subject.

Some scientists previously believed that cells could divide infinitely. But then, others found that the cells can only divide a certain number of times and then die. The length of the telomeres determines how soon the cells will die.

As we mentioned above, telomeres are the ends of chromosomes. The word comes from a Greek root that literally means “end part.” It’s kind of like the plastic part located at the end of your shoelaces.

Telomeres are the protective shields of the DNA of human cells. Thus, thanks to them, the chromosomes can keep a stable structure, to a large extent. This stability then allows cells to divide normally.

The ends of the chromosomes play an important role in many functions. For example, the cells don’t stick to each other thanks to them, and this is very important for life itself. Among other characteristics, telomeres also allow us to establish the aging rate of an organism.

Read on: The Symptoms and Treatments of Fragile X Syndrome

The cells constantly divide to regenerate the tissues and organs of our body. Each of these divisions reduces the telomeres a little and they gradually become shorter. There’s a point where they are so small they can no longer fulfill their function of protecting DNA.

They get to that point because the cells reached old age and stopped dividing. The length of telomeres is measured with a unit called kilobase. They have an average length of 11 kilobases at birth and the figure reduces to about 4 in old age.

The shortening of telomeres, and therefore their inability to protect DNA, seems to be the cause of aging and the appearance of age-related diseases including:

Find out more: Epigenetics – what it is and what its implications are

It’s inevitable for telomeres to shorten with each new cell division. However, an enzyme called telomerase moderates this process. Thus, it’s capable of regenerating, to some extent, the length of these chromosome components.

Stem cells are a sort of telomerase guardians. However, the production of this regenerating enzyme decreases with age and increases the rate of cell deterioration. In theory, if telomerase production never stopped, we would be eternally young.

There’s only one problem though. Cancer cells have very long telomeres and produce a large amount of telomerase. Also, these don’t age and divide profusely. The conclusion, then, is that low production of telomerase ages you, but a high production increases your risk of cancer.

So, in this regard, one of the problems of science is maintaining the generation of telomerase without it causing cancer. Thus, they conducted experiments with mice that provided encouraging results. Let’s not rule out the possibility that they’ll be able to achieve their objective of manipulating telomerase any way they want in the near future.

The influence of habits

Various studies proved that certain habits shorten telomeres. As you can guess, the most harmful ones are:

Likewise, they detected that chronic stress shortens telomeres and that cortisol, the stress hormone, reduces its production. The data about food is inconclusive, but there’s a relationship between longer telomeres and the consumption of vegetables, fruits, Omega 3, and coffee.

Researchers also observed that babies fed exclusively with breast milk during the first 4 to 6 weeks of life have longer telomeres at the age of 4. Similarly, shorter telomeres seem to be associated with clinical depression.

The Genetic Origin of Sex: the X and Y Sex Chromosomes
Sex hormones are responsible for giving a person the physical characteristics of their genetic sex and the way they work differs depending on each person's sex chromosomes. Read more »