Telemedicine: What Is It?

Telemedicine is a new way to experience appointments with your doctor. However, it has its benefits and its drawbacks. 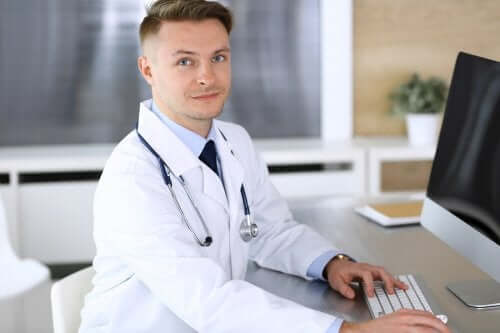 The quickest definition of telemedicine comes from its etymological meaning, or where the word itself comes from. For this, we have to refer to the Greek language. The prefix “tele” comes from the Greek word for “distance.”

It could include surgery where a doctor is controlling a robot from a different part of the world. In addition, it could be a web conference between professionals to discuss a case.

Regarding these examples, surgical robot operation has been possible since 2001. In that year, a doctor in New York performed a cholecystectomy- the removal of the gallbladder– on a French patient through a device.

Previously, communication between professionals at a distance was common. In fact, since the mid-1990s, the world’s large clinics and large hospitals had real-time connections to analyze complex patients.

With the emergence of the internet, and being able to access the internet so easily (on cell phones, on TV, in vehicles, etc), the concept of ehealth was added. Unlike telemedicine, ehealth implies the use of the internet as a means for medicine.

Some applications of telemedicine

Among the many different uses of telemedicine, here are the most relevant:

Unlike the classic and traditional paper medical records, there’s a lot of potential for computer patient records.

With telemedicine, you can store medical records in electronic devices and internet clouds that you can access from anywhere. In fact, the patient can also open them with a password from home. This technology makes it easier to stay up-to-date.

Thanks to telemedicine, it’s possible for patients and doctors in different places to talk. It’s also easier for professionals to consult with each other. For geographic regions that are hard to get to, it’s a way to improve equality in access to healthcare.

Controlling vitals, like blood pressure or oxygen saturation, don’t necessarily require a person to physically do it.

With telemedicine, it’s possible to carry out these measurements from a distance. Therefore, they’re saving resources and freeing up time for other professionals, like nurses. That way, they can do higher priority tasks.

With telemedicine, it’s also possible to train human resources in health. With an internet connection, you can attend classes, courses and even complete postgraduate courses from anywhere on the globe.

Keep reading: 5 Helpful Pieces of Advice for Visiting a Hospital

Now, we’re going to broadly explain the advantages of telemedicine. Then, we’ll analyze some problems.

Keep reading to learn more: How Often You Should Get Blood Tests?

Now, let’s see some of the current difficulties with telemedicine:

In short, although there are some drawbacks, telemedicine offers very important advantages in terms of diagnosis, disease information and education. It will probably continue to evolve hand in hand with technology.