Detect Stomach Cancer in Two Hours With This Test

It is important to detect stomach cancer as soon as possible and this technique can do so in 2 hours, from merely a blood sample. 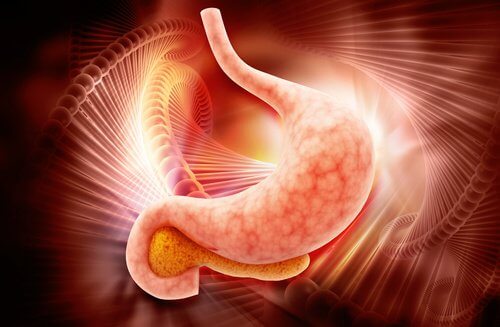 Stomach cancer is the fifth most common malignant tumor in the world. Although experts don’t know what causes this type of cancer, they know that the key to fighting it effectively is being able to detect stomach cancer in the early stages.

The most complex thing about stomach cancer is that patients often initially demonstrate symptoms that they interpret as part of ordinary life. Such symptoms include: feeling full, feeling heaviness in the stomach and poor digestion.

However, this type of cancer reaches an advanced stage once the patient has experienced inexplicable weight loss or when blood appears in their feces. At this stage, they need more aggressive techniques to fight against the cancerous cells.

In May this year, a group of young doctors from Mexico, Greece, and Chile created a biomarker that can help detect stomach cancer in its early stages.

This technique only requires a blood test and a two-hour wait to diagnose a patient in the early stages of stomach cancer. Additionally, this is something that will obviously increase the life expectancy of affected patients.

Luckily, stomach cancer isn’t as common or as aggressive as lung cancer. However, each year one million people are diagnosed with stomach cancer.

If this illness is diagnosed in its advanced stages, then fighting against it will be more difficult.

This type of tumor is especially common in countries located in the Pacific. Furthermore, stomach cancer is often associated with tobacco. However, another factor that should be taken into account as a cause of this condition is Helicobacter pylori bacteria.

Despite being present in the stomach lining of many people, this bacteria, when combined with other factors, can then lead to the creation of cancerous cells. Helicobacter pylori is always a precursor of this type of cancer when a person has a specific gene: cagA, which is associated with cytotoxicity.

Therefore, we can conclude that the probability of suffering from stomach cancer is due to a combination of our lifestyle, the food we eat, our genetics and also the presence of different environmental toxins.

Stomach cancer is something very difficult to prevent. However, experts say that the survival rate of this type of cancer is 90% if diagnosed in its early stages.

This is why the recent developments that help detect stomach cancer in its early stages are great news.

The Creators of the Biomarker

These young scientists designed the biomarker to diagnose or rule out stomach cancer in a patient. The procedure merely requires a simple blood test.

Their work was presented in the Singularity University program, financed by Google and NASA. The purpose of this initiative is to respond to diverse medical and social needs.

The study and the development of this biomarker is the result of a three-year project carried out by the University of California, San Francisco (UCSF).

Several drops of blood could save lives

A new way to detect stomach cancer is long overdue.

This is because specialists currently diagnose patients who show symptoms of possibly suffering from this condition during appointments where patients have to wait a long time for the results.

Moreover, during these appointments, specialists often conduct other complex procedures that are equally invasive and expensive.

Something as simple as adding this biomarker to a routine blood test could lead to early diagnosis of stomach cancer. This diagnosis could occur even before the patient has any negative symptoms.

Furthermore, the Miroculus can give a diagnosis in only two hours. This machine is simple, safe and efficient. Hopefully, the machine will be available in other countries by 2018.

In light of this great news, many specialists hope to add some improvements. This machine could also detect other types of cancer and illnesses in the near future.

Inexpensive Diagnoses in the Near Future

All in all, this biomarker and machine make for an inexpensive way to diagnose cancer. It could also lower the cost of other tests.

Moreover, it offers an earlier and more efficient diagnosis. However, as we’ve pointed out already, it won’t be available until 2018.

We can’t emphasize enough how important it is to visit your doctor if you experience a negative change in your body. This helps detect stomach cancer and other illnesses earlier and may save your life.

Scientific Advances Develop Vaccine Against Cancerous Tumors
A new vaccine might give hope for a cure to cancer without as many side effects. Here we comment on the scientific advances that drive the search for a vaccine against cancerous tumors, the findings made to date and other information of interest. Read more »
Link copied!
Interesting Articles
Did you know?
New Year's Traditions Around the World