The Causes and Symptoms of Malaria

The symptoms of Malaria usually appear within a few weeks after a bite from an infected mosquito. However, some types of malaria parasites can remain dormant in the body for up to a year. 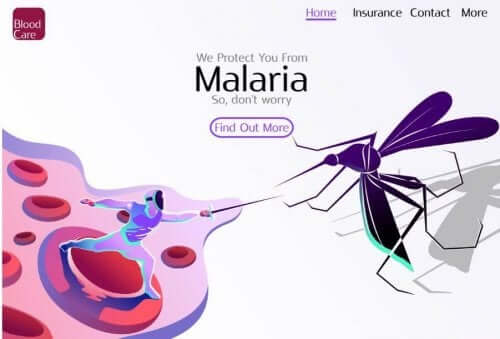 Malaria is a parasitic infection that occurs regularly in tropical areas with a warm climate. Experts estimate that in 2016, there were 216 million cases of malaria in 91 countries. This is approximately 5 million more than the previous year. Since it has the potential to be fatal, it’s important to understand the causes and symptoms of malaria.

At the same time, it’s a disease that pregnant women can transmit directly to their unborn babies. However, that’s not the only means of direct transmission between humans. It can also spread through blood transfusions from donors who have had the disease. And, finally, humans can contract malaria through the bite of a mosquito carrying the parasite.

As for prevention, there was an attempt at a synthetic malaria vaccine in 1997. The members of Manuel Elkin Patarroyo’s scientific team were in charge of its development. However, the results of this vaccine were questionable. It reached maximum effectiveness of 28 % in South America. In 2010, the WHO classified the vaccine as “inactive”.

Malaria is a parasitic disease transmitted by the female Anopheles mosquito.

This disease is the result of infection by a type of parasite that uses a specific genus of mosquito as a host. The parasite is Plasmodium falciparum; the mosquito is of the genus Anopheles.

Once the mosquito bites a human, the parasites travel through the bloodstream to the liver. In this organ, they mature and produce another form of parasite called merozoites. Then, these parasites re-enter the bloodstream and infect the red blood cells. Once there, they multiply and break down cells break within 48 to 72 hours.

The causes of most symptoms are:

What are the symptoms of malaria?

The symptoms of this disease usually appear a few weeks after the bite of an infected mosquito. However, some types of malaria parasites can remain dormant in the body for up to a year.

In addition to the above, a patient with malaria may also experience other symptoms. For example, they may have excessive sweating, pain in the abdomen or chest, and cough.

Some people with malaria experience cycles of malaria “attacks”. The attacks usually begin with tremors and chills, accompanied by a high fever and then by sweating. Afterward, the patient’s temperature returns to normal.

If you experience fever and other symptoms after visiting a location where malaria is endemic, you should immediately go to a doctor.

Malaria is a disease that can be deadly. This is especially true in the case of that produced by the variety of parasites that are common in tropical regions of Africa. In most cases, deaths are the result of one or more serious complications, which include the following:

You may also want to read: How to Use Vitamin B1 as a Mosquito Repellent

Before talking about treatments, we must first distinguish between the different forms of malaria. Treatment of the uncomplicated form, which involves parasites that are not of the falciparum species, usually involves a medicine called chloroquine. Patients take the drug orally.

In addition to chloroquine, there are other alternatives for mild malaria such as quinine or pyrimethamine-sulfadiazine. In areas where plasmodia are resistant to chloroquine, mefloquine can also be used.

However, severe malaria, usually caused by Plasmodium falciparum and most often resistant to chloroquine, is treated with intravenous quinine. However, new drugs, such as artemisinin, mefloquine, or halofantrine, have been used in recent years.

Discover 6 Travelers’ Diseases
Many of the endemic diseases of tropical countries are spreading as travelers’ diseases. This is due to the fact that many more people are traveling. Read more »
Link copied!
Interesting Articles
Illnesses
Can Celiac Disease Cause Infertility?