Support Your Heart with Six Types of Low Sodium Food

Any day is a good day for changing your lifestyle habits and adopting a better diet - one with low-sodium food, for instance. Continue reading to learn the many options! 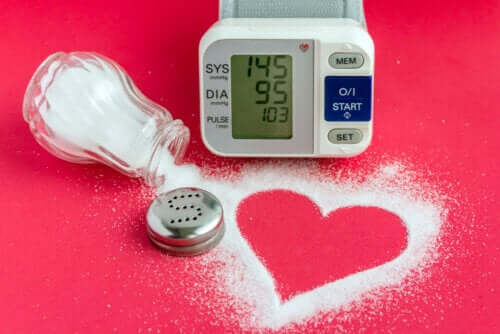 Cardiovascular conditions are the most deadly diseases in the world and treatment often requires including low-sodium food in the diet. This is because high salt intake is directly related to conditions like high blood pressure. Thus, shifting to healthier products is a priority.

The world population eats twice more salt than the recommended amount set by the World Health Organization (WHO). Thus, people must only consume 5 grams of salt or 2 grams of sodium per day to reduce blood pressure and cardiovascular risk.

Mattes and other researchers indicate that 77% of sodium comes from processed foods and 12% from natural foods. Hence, you must try to avoid consuming salt from overly processed commercial food. In fact, the safest way to eat less sodium is to include natural food in your diet.

According to UNC Health Care in the USA, a low-sodium diet is one that restricts the amount of table salt to one teaspoon per day. This means no more than 2300 milligrams of sodium per day. It can help lower the risk of hypertension and thus promote the good health of your heart.

The Spanish Heart Foundation recommends a slightly stricter diet for the control of high blood pressure. They suggest a sodium intake of 1353 milligrams per day – a little more than half a teaspoon of salt.

Here are the six types of natural food that are low in sodium.

Fresh vegetables such as greens, roots, flowers, and stems are low in sodium. In fact, leafy vegetables can range from 70 milligrams to 150 milligrams per 100 grams.

According to studies, people should eat four to five servings of raw vegetables every day. This suggestion corresponds to the dietary approach to stop hypertension (DASH diet) developed in the USA for the control of arterial hypertension.

2. Fruit is low in sodium

In general, fruits have a rather low sodium content — below 10 milligrams. Also, they provide pigments that give them a great variety of colors that have antioxidant capacity.

They also contain large amounts of potassium, magnesium, and fiber. The DASH diet recommends four to five servings a day. A serving is 1 medium fruit or half a cup of chopped fruit.

The Spanish Hear Foundation recommends about three pieces of fruit daily. These include one piece of apple, two lemons, one slice of watermelon, four oranges in a juice, and one plum.

In the second week, you can include one pomegranate, five grams of raisins, and 75 grams of avocado.

This is one of the tubers with low sodium content. You must be aware of how you prepare it, though!

Studies suggest cooking potatoes in omelets, adding shredded chicken if you like, and eating about 2 pounds of potatoes per week.

Some health organizations classified brown rice, oatmeal, and quinoa as products that provide less than 5% of the recommended daily sodium intake. Legumes, such as beans, peas, and lentils are also low-sodium.

Almeida has pointed out that soluble fiber can reduce the bad cholesterol or LDL that clogs the arteries. Oats, quinoa, barley, and corn contain it. In this respect, Pereira highlights that increasing fiber consumption to 10 grams per day can reduce the risk of heart disease.

Walnuts and other nuts such as hazelnuts, almonds, pecans, and macadamias, among others, have less than 10 milligrams of sodium per 100 grams. The values concentrate up to 37% if you roast them.

Also, nuts are excellent sources of omega-3 fatty acids, recognized by the Spanish Heart Foundation as good for the heart.

The DASH diet recommends four to five servings (1/3 cup is one serving) per week of nuts and two tablespoons of oilseeds such as flaxseed or sesame.

6. Lean protein is a low-sodium food

Low-fat proteins are the best choice of meat or vegetable protein. Beef provides over 50 milligrams of sodium and fresh fish, including bluefish, contain between 40 and 60 milligrams. Two servings of 85 grams each per day ensure proper protein intake.

Oily fish, such as fresh tuna, salmon, and mackerel are great for heart health. In addition to their low sodium content, they also have polyunsaturated fatty acids of the omega-3 group.

Another source of protein is milk. All dairy derivatives should be unsalted. Two to three servings a day are recommended.

How much sodium do certain amounts of salt contain?

Common salt is a mixture of 40% sodium and 60% chloride. One review lists the equivalent amount of sodium contained in various grams of salt.

It makes it easier to do these calculations:

Types of food to restrict to avoid a large sodium intake

There are many types of food you must restrict to reduce your daily sodium intake. Here are the ones that contain the most of it:

Include low-sodium food in your diet for good heart health

Reducing your salt intake should be the first course of action to control hypertension. So, how much salt should you eat every day? Ask your doctor or nutritionist.

However, you already know you can maintain a healthy heart with a balanced diet rich in fresh fruit and vegetables, whole grains, nuts, potatoes, and lean meats.

How to Eat Healthy to Keep Your Heart Healthy
There are certain foods that help keep your heart healthy, especially those that contain Omega 3 fatty acids. We'll tell you more in the article to follow. Read more »
Link copied!
Interesting Articles
Nutrition
The Reasons Why Some People Are Always Hungry