Stress Causes Gray Hair According to a Study

A study done at Harvard University, by a group of neurologists posited that stress causes gray hair due to the functioning of the sympathetic nervous system. We'll tell you all about their findings in this article. 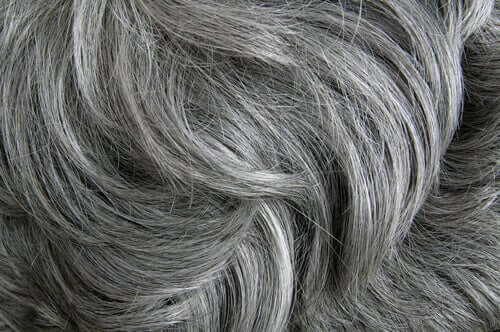 For a long time, people have assumed that stress causes gray hair. However, this didn’t become a popular belief without a scientific basis. Now, a group of researchers from Harvard has proven that it isn’t a myth, but a reality.

There are several legends in history in which they mention that stress causes gray hair. One of the most famous is that of Marie Antoinette, the Queen of France who was killed with a guillotine during the French Revolution. It is said that in just one night all her hair turned gray.

Another famous legend is that of Thomas Moore, who is said to have had a significant change in appearance in just one night. In fact, many people have seen a person go through a time of personal crisis and afterward look older. Today, we know that it’s true: stress causes gray hair.

A group of scientists from Harvard in the US, directed by Dr. Ya-Chieh Hsu, published their research in the review Nature. In it, they indicated that after several tests and studies, they concluded that stress indeed causes gray hair.

The most interesting thing is that the team of neurologists didn’t just corroborate the direct influence that stress has on graying hairs, but they also identified the mechanisms that cause this effect. This is a big breakthrough.

Stress is a worldwide issue. In the last few decades, many studies have been done about this phenomenon. Stress has been linked to many afflictions and illnesses. The impact on physical appearance seemed evident, but this study goes above and beyond, connecting the dots.

To arrive at these conclusions, Harvard scientists first experimented with mice. They looked for the possible influences of stress on gray hairs, and they also looked at the diverse physiological changes caused by states of anxiety.

The researchers started by inducing a state of stress in the mice. To do this they injected them with a compound called resiniferatoxin. This substance stimulates the production of cortisol, known as the stress hormone.

The experts started with the hypothesis that stress caused an immunological attack in the body of animals and that this ended up affecting the cells that produce pigments. They thought that that was how it worked. However, they got a big surprise, because some mice no longer had immune cells, but they still kept turning gray.

Faced with this situation, the scientists decided to take out the adrenal glands of some of the mice, so that they wouldn’t be able to produce cortisol. Then, they exposed them to stressful situations and something unexpected happened: they kept getting gray hairs.

Why does this effect happen?

The group of neurologists started to cross off possibilities, and finally, they focused on the sympathetic nervous system. This is in charge of regulating the fight or flight response of your body. The nerves that make up this system branch out and are present in every hair follicle of the skin.

After several inquiries, the scientists found that when faced with stressful situations, these nerves release a chemical substance called norepinephrine. Later, this substance is absorbed by the stem cells that regenerate hair pigments and are found near these nerves.

Norepinephrine causes excessive activation of these cells. What happens next is that the same cell produces more pigment than necessary and exhausts its reserves. When this happens, these cells can’t regenerate. Thus, they use up the pigment reserves and hairs start to come out without pigment: white.

Discover more: 5 Strategies Every Woman Should Use to Say Goodbye to Stress and Anxiety

What you can expect

The scientists indicated that this situation is irreversible. Therefore, once you lose these stem cells, there’s no going back: the effect is permanent. The research revealed that stress causes gray hair and exactly how that happens, but they still aren’t sure why.

However, this is a great breakthrough, since it has caused scientists to propose new research projects about the effect of stress on different tissues in the body. This research helps to clear the way to understand stress and its effects more completely.

All of this is a step toward a future in which they can develop methods that allow us to reverse the effects of stress. For now, the director of the study has recommended taking life calmly, with less stress. It’s clear that worrying too much only causes negative effects.

Graying of Hair: Why Does it Happen?
The graying of hair is inevitable for most human beings. It's a natural biological process and, therefore, related to the process of aging. Read more »
Link copied!
Interesting Articles
Anatomy and physiology
Why Do Women Experience More Gas During Menstruation?