How to Stop Yelling at Your Children

Can't seem to stop yelling at your kids? Sometimes, due to our innumerable responsibilities and tasks, we end up losing our cool with our kids. 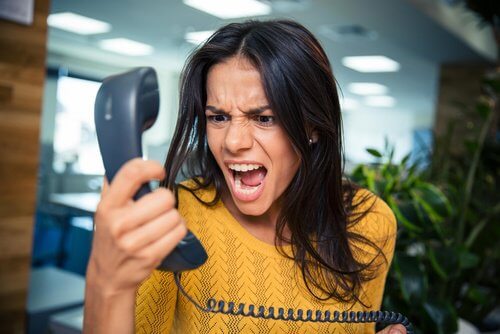 Can’t seem to stop yelling at your children? Sometimes, due to our innumerable responsibilities and tasks, we end up losing our cool with our kids. However, they shouldn’t be blamed for our frustrations.

Yelling at your children can lead to them developing low self-esteem. On the other hand, they may also end up becoming more resentful and always getting defensive.

They’ll learn to mimic what they see and act the same way, causing them to build negative character traits such as not knowing how to listen to others.

So, how can you stop yelling at your children?

Identify the situations where you’re yelling at your children

The first thing you should do to avoid yelling at your children is recognizing you may have control issues. If you don’t recognize this from the beginning, then it’s likely the problems won’t be solved.

Sometimes, we don’t want to face reality; however, the consequences of our actions don’t always impact on us. They end up affecting the little ones who aren’t at fault when situations get out of hand.

The first step is to analyze those times when you have lost control and screamed at your children.

This will allow you to see a pattern. For example, you may always shout at them when you have just come home from a long day at work or after an argument with your partner.

Being aware of this will not only help you to control yourself more but also resolve those problems that tend to provoke your temper. In this way, we too can benefit from this lesson.

Above all, don’t blame yourself, as it is normal to lose your temper after an intensely stressful situation at work or after an argument where your emotions are in out in full bloom.

It’s never too late to figure this out and do things better, so let’s get started!

Read more: Control Your Anger with These Simple Tricks

Be careful with your expectations

Expectations always play a trick on us, especially when we expect others to act the way we think they should.

This is a common situation with children. To begin, we assume that children should already know the most obvious of things. However, that’s not always the case.

For example, if your son throws a glass on the ground, it may be because he wanted to experience and learn what would happen to the glass, without knowing the consequence of his action. In that case, you’d be yelling at your child for doing something they didn’t know was wrong.

Small children still don’t know many of the basic unspoken rules that govern this world, and, unfortunately, often have to learn them by being yelled at.

This can sometimes have a devastating effect, as they can become repressed, insecure and very afraid.

Think before you act. It’s sometimes necessary to take a step back before reacting to the small stuff. We must bring more calm, peace and serenity into our lives.

Our expectations prevent us from seeing the true reality of what happens and cause us to be unfair to our children.

Think before you act and take a deep breath!

As previously mentioned, it isn’t necessary to react immediately to situations that tend to provoke us and make our emotions to explode in unexpected and aggressive ways.

It’s better to take a moment for yourself. Leave the room where the child is, if necessary, and get some air. Breathe, calm down and observe the situation as objectively as possible.

When emotions invade, we tend not to think reasonably. We just feel, scream and express ourselves without control over what we are doing or saying.

If you give yourself some time, you’ll discover many things that you may not be aware of.

For example, you may come to realize that you’re harboring high or unrealistic expectations, and that your child simply didn’t know the difference between right and wrong. You may also realize that your anger isn’t a result of the current situation, but may be a build up from previous incidents.

Yelling at your children is a negative way of setting an example for them. If we’re up for the challenge, it’s something that can be solved without a problem.

We just need some willpower and a desire to change our attitude, knowing that, if not, it could cause serious consequences for the little ones.

They aren’t to blame for all the problems we face in our day to day lives.

5 Tips for Raising a Healthy Teenager
It's not easy being a teenager, but you - as a parent - don't need to make it more difficult. Learn how to help raise a healthy teenager in this article. Read more »
Link copied!
Interesting Articles
Children
Dark Circles Under The Eyes in Children: A Reason For Worry?