Should I Stop Using Contraceptives? 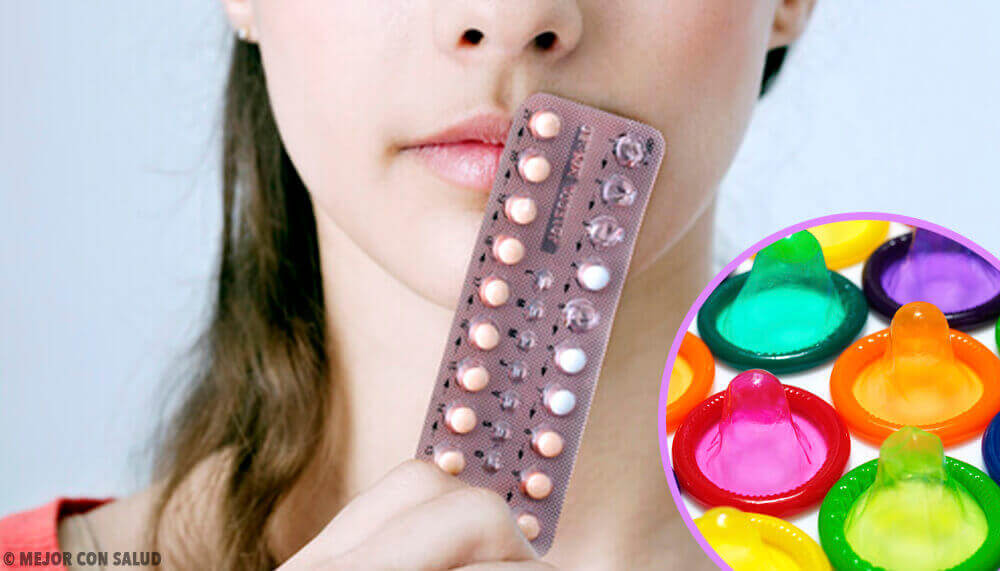 Contraceptive methods are key to global health, preventing the spread of sexually transmitted diseases and controlling the population. They are used by sexually active women and men. The most appropriate choice of a contraceptive method is determined by the situation and the personality of the couple, or the person who decides to protect himself.

Humans reproduce naturally through sexual intercourse once the biological age for having children is reached. Reproduction is controlled by the ue of contraceptive methods. Contraceptives, which are different methods to prevent pregnancy, can include: hormonal, artificial or natural, oral, or injected. There are also emergency contraceptives.

There are now contraceptives for men. One method consists of an injection that reduces the number of spermatozoa to minimum levels. Its effects are reversible. Each person must choose a contraceptive method according to his own situation.

The most important characteristics of contraceptives

Contraceptive methods have different characteristics that should be analyzed when choosing one, in order to achieve the goals for which it is being used.

These methods are reversible. That means that if you discontinue their use, the woman can become pregnant. They can be natural or not. In other words, they require the use of mechanical or chemical procedures, such as barrier or hormonal methods.

All permanent contraceptives are irreversible. After the procedure, (to either a man or a woman) the couple will not be able to conceive a child.

Permanent methods are surgical, and can be performed on men (vasectomy) and on women (tubal ligation).

Is the prolonged use of contraceptives harmful?

So far, there is no indication as to whether prolonged use of birth control pills is detrimental. On the contrary, they actually decrease the possibility of having an ectopic or extrauterine pregnancy. Oral contraceptives do not accumulate in the woman’s body, nor does the woman require a period of rest from using the pill.

A healthy woman may take birth control pills (as long as a doctor recommends them) from her first menstruation (menarche) to the last (menopause) without the need to interrupt intake. With an annual gynecological checkup, a woman can use birth control pills for as long as she is fertile and wishes to avoid pregnancy.

The need to take breaks while taking birth control pills is a myth of uncertain origin.

See this article: Irregular Menstruation: Why Does It Happen?

In short, it is safe to take birth control pills for long periods of time while you want to avoid pregnancy. Contraceptives have no prescription time limit as long as recommended gynecological annual checkups are performed, and no sickness is present during treatment that would call for the use of the pills to cease.

Sometimes isolated cases occur in which the doctor may recommend taking breaks that interrupt contraceptive treatment, or changing the brand. These periods of rest only help increase the likelihood of an unplanned pregnancy. Pill consumption and the appearance of side effects are different for every woman.

However, if you have never felt anything out of the ordinary, and after 2 or 3 years you start feeling apathetic, tired, dizzy, moody, or you have no desire to begin or continue sexual intercourse, you should halt treatment. It’s a good idea to let your body have one or two menstruations on its own.

Link copied!
Interesting Articles
Health and sexuality
How To Know if You're Ovulating

Health and sexuality
Breast Pain and the Menstrual Cycle

Mastalgia is defined as breast pain. Unfortunately, many women experience it, especially during premenstrual syndrome. Menstruation is influenced by many…

Health and sexuality
What's Sex After a Hysterectomy Like?

Sex after a hysterectomy is a matter of frequent concern to couples, both physically and psychologically, given the consequences of…

Health and sexuality
Symptoms of an STD that Require Examination

Do you know the symptoms of an STD? These diseases are transmitted through sexual intercourse, including contact with blood, semen,…

Female sexual dysfunction is a concept that includes various difficulties that prevent women from experiencing sexual pleasure. It's also a…

Health and sexuality
Lack of Vaginal Lubrication: What Causes It?

Although normally a lack of vaginal lubrication or vaginal dryness is associated with menopause, the truth is that it can…