How to Stop Migraines with Salt

Migraines are a type of headache that are accompanied by other symptoms like nausea, vomiting, and sensitivity to light. 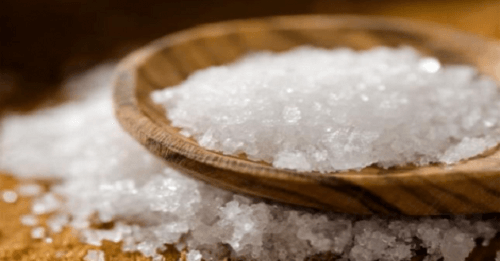 Countless people suffer from these debilitating headaches and are looking for a way to stop migraines.

In general, people who experience this problem frequently have warning signs, called auras, which makes the person see pricks of light or other vision changes, which then turn into a severe headache that can last for hours or even days.

In this article, we’ll take a look at the causes, symptoms, and how to stop migraines.

What Are the Causes of Migraines?

Although the exact causes of migraines have yet to be determined, researchers believe that the attack begins in the brain and involves the nerve paths and chemicals. This problem happens because of abnormal brain activity that is related to different factors.

The age range of people affected by migraines is usually from 10 to 45 years old. However, in some cases it occurs later on.

They can also happen because of genetic factors and affect women more than men.

Some of the Factors that Can Cause a Migraine Are:

Do you want to know more? Read: A Timeline of What Happens When You Quit Smoking

Diet has also been related to migraines. They have found that eating certain foods can trigger a migraine. Here are some of the foods:

Before a person experiences the severe head pains of migraines, something occurs that is commonly known as an “aura”. This warning sign announces the migraine and can involve one or a few of the following symptoms:

The person may not experience an aura first in all cases of a migraine, but the ones that do tend to feel it 15 to 20 minutes before feeling the severe headache.

When a person experiences headaches, they feel a pulsing, beating pain, that pulses strongly. Almost all are stronger on one side of the head or in the back. They can last from 6 to 48 hours and there is almost always strong sensitivity to light.

The symptoms can also include shivering, increase in urination, fatigue, tingling, weakness, sensitivity to light and sound, loss of appetite, sweating, etc.

How Does the Salt Treatment Stop Migraines Instantly?

You can find different painkillers in stores that can momentarily stop the symptoms of a migraine. However, pain tends to reappear in a matter of hours and they don’t always work for every case.

What is the best solution?

Before finding out how to apply salt to stop migraines, we should mention that it is a method that has not been officially proven or scientifically accepted, which is why it should not be considered to be a true remedy.

It’s best to see a doctor.

However, those who have tried it state that it is immediate and very effective relief.

If you want to try the salt treatment to relieve migraines, try to use high quality salt, like Himalayan salt crystals, for example. This type of salt is more than complete because it contains 84 minerals, electrolytes, and various elements. Unlike refined salt, this kind of salt is good for your health, in moderate amounts obviously.

Himalayan salt helps to reduce the intensity of migraines,boosts your immune system, balances serotonin levels in the blood, and restores the alkaline and electrolyte levels in the body, among others.

The FDA Approves a New Medication to Prevent Migraines
An innovative drug was recently approved by the FDA. These are injections that have the ability to prevent migraines and are applied on a monthly basis. Read more »
Link copied!
Interesting Articles
Naturopathy
What Is Colloidal Oatmeal and What Are Its Benefits?