What Are Stem Cell Treatments For?

Stem cell treatments are an established trend in medicine. Some lead to excellent results while others still require further experimentation. In any case, their future is promising. 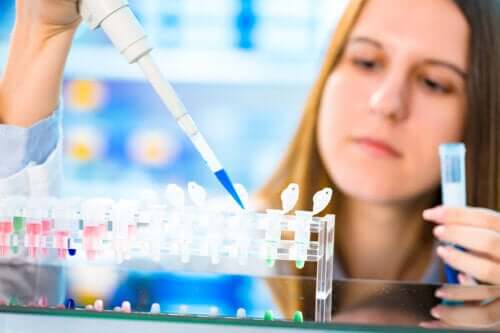 Have you heard about stem cell treatments? Lately, they seem to be the solution for all sorts of health problems that may afflict a human being. However, we’re also aware that there’s still a lot of work to be done to make these therapies truly effective.

Stem cells continue to be intensively researched to explore their potential. Nevertheless, scientists have already discovered many benefits of this type of treatment.

What are stem cells?

Stem cells are the cells of the human body that can generate other types of cells. They’re known as pluripotential cells because they can potentially reproduce cells of all sorts of tissues. A stem cell can progressively become a muscle cell, a bone tissue cell or a nerve tissue cell. Thus, they can regenerate every body organ.

These particular cells have a unique function and are typically embryonic. Therefore, it’s thanks to them that an embryo develops and becomes viable to then develop.

These stem cells are present in newly formed embryos called blastocysts. However, we have a small remnant of these cells as adults, especially in our bone marrow. There’s a laboratory technique that experiments by converting normal cells of adult tissues into stem cells. Researchers induce them via genetic mechanisms and reprogram their cellular function.

Nevertheless, these don’t have the same pluripotential capacity as embryonic cells. These cells are also a part of perinatal tissues, located in the blood of the umbilical cord and in the amniotic fluid that surrounds the fetus during the pregnancy.

How does a stem cell treatment work?

Basically, the main purpose of stem cell treatments is to repair damaged tissue.

Taking advantage of the regeneration capacity these cells may harness, researchers are studying them as substitutes for organ transplants. Just imagine: instead of finding an organ to transplant, we could be able to make a new one using stem cells.

The intention is to place them in damaged tissues to encourage them to recreate that tissue with new elements. They could, in fact, repair the entire human body. To do so, scientists must research how they generate specific body parts, and this is just what they’re currently investigating in their laboratories.

For instance, stem cell treatments could repair a damaged heart damaged, a liver injured by cirrhosis, and even bones fractured by trauma. Their possibilities in the field of medicine are nearly endless. Also, many believe they may have the potential to cure situations that are currently incurable or difficult to deal with. The prognosis for people with cancer, for example, could significantly improve.

Read on: How to Become a Bone Marrow Donor

Unfortunately, marketing has falsely spread certain stem cell benefits that aren’t yet feasible. Government transplant agencies warn that people undergoing such treatments must receive proper information about the risks before starting them.

Researchers realized that guiding a stem cell to the formation of a certain tissue isn’t that easy. The guide didn’t work in some experiments and formed a different kind of tissue instead. As you can imagine, this a huge risk.

Also, the recipient’s body could reject the inserted stem cells just like it does with any foreign object that enters. That is, the immune system tries to expel anything they don’t recognize. These reactions can be pretty serious in a transplant.

Despite the possible side effects and current limitations, there have already been some successful treatments with stem cells. In fact, there have bone marrow stem cell transplants for certain types of lymphoma since the 1970s.

Also, there are other successful therapies:

In short, there’s still much to investigate when it comes to stem cell treatments. Despite this, many findings suggest they may be a promising treatment for many serious diseases soon.

What Stem Cells Really Are and What They Can Do
These days, it’s not strange to hear about the term “stem cells” on any news program—but do we really know what they are? However more types of cells the stem cell is capable of changing into, the greater its differentiation capacity. Using this characteristic, we can classify the different types of stem cells.  Read more »
Link copied!
Interesting Articles
Treatments
Advantages and Disadvantages of LASIK Surgery